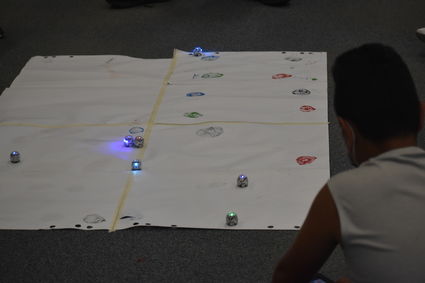 Campers had a chance to play a game of tag with the robots that they created.

The Recreation and Parks Department has started their summer activities, and there are a lot to choose from.

With the covid-19 restrictions easing, the department has opened its Summer Day Camp for children from kindergarten to 8th grade, Monday through Friday from 7:30 a.m. to 5:30 p.m.

Camp Director Elia Torres said that they have around 90 children in this year's camp.

"We got the clearance to hold the camp just about three or four weeks ago, so I am pleasantly surprised with the number of kids we have this year, " said Torres.

The camp consists of several sessions throughout the day with different stations, depending on what the campers want to explore.

Among the classes offered this year are ballet folkrico dancing, sewing, creative drawing, sports activities, Zumba among others.

Each child can select a number of classes they are interested in participating in.

During a recent camp class, children were operating their own little robots in a game of Tag. The kids put together their own mini robot that they could control with color coding. Among those campers were Alex Ricardo and RJ Martinez.

In the creative drawing class, students were making a koala bear. The teacher would use the overhead projector to guide the students step by step in drawing the animal.

When asked what his favorite part of camp was, Martinez said, "I really like the creative drawing class and the sports activities."

The camp includes a breakfast and lunch, along with several breaks during the day for rest and hydration. According to Torres, they are also giving students who are attending Summer School in the Richland School District a special rate for those kids who want to participate after Summer School dismisses for the day.

"This year, we have several children from all over Kern County, including kids from Wasco, Bakersfield, Lost Hills and Delano. We are very pleased with the turnout considering the small window we had once we got the green light to hold the camp this year," said Torres. 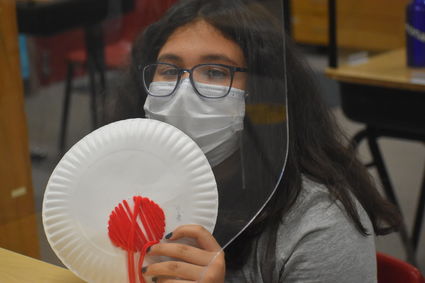 The Summer Camp is just one of many activities being offered by the Shafter Recreation. They are also running a Tennis Camp, as well the start of the baseball season. Once again this year, the department is participating in the Pony Leagues Baseball organization. There are several different age groups for children who want to participate in a team sport.

They have over 30 participants in the Tennis Camp and 510 kids playing in the various baseball programs.

"We are so thankful to be open again, allowing the youth in our community to have fun and stay fit and healthy," said Shafter Recreation Department Director Phillip Jimenez.

For those interested in volleyball, the signups for those programs are in progress and will be going until the end of July.