A boom in building 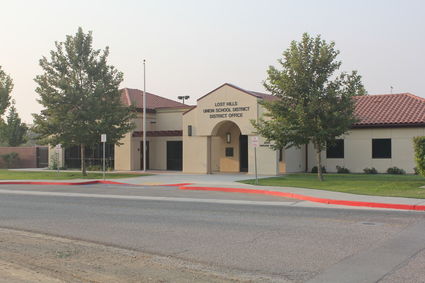 Lost Hills is a city approximately 33 miles from Shafter; however, the drive to the Lost Hills Union School District Office at 20851 Pavilion Way can take well over an hour if you don't know where the office is located.

The school district sits on 26 acres encompassing an elementary school (K-5) and a middle school (6-8).

"We have 112 elementary students and 180 middle school students with a total of 292 students within the district," Favereaux said.

The first view of the district is the fairly new district office building located on the frontage of Pavilion. It's a warm wood structure with a good amount of glass in the front.

Chief Administrative Officer and Superintendent Harrison Favereaux, CPA, makes it a point to be visible on the campus grounds as much as possible.

Favereaux runs the district and has done so for the past eight years. He's been with the district for 20 years.

"I moved up the ladder with the district from director of business services," he added.

Favereaux spoke highly of his assistant superintendent, Fidelina Saso, and the principal of both the elementary and middle school, Veronica Gregory. He recalled that Lost Hills used to be a straight K-8 without a separate middle school. It wasn't until the mid-90s that a middle school was formed.

"In 2010, we added 10 new classrooms," Favereaux said. "That same year, we put a student center in the middle school." Favereaux added that at the time, the student center was 83 years old as it was built in 1922.

"We have 21 certificated staff, 28 classified, 3 administrative and 3 management staff members in the district," Favereaux said.

Favereaux began his career as a certified public accountant and received his auditing experience while employed at Roberts and James CPA office in Bakersfield.

When asked what one of his goals for the district was, he said, "I want my staff to be able to have whatever they need."

"We focus on attendance and a stimulating learning culture, which is very important," he said. "You learn better in a nice clean room rather than a dark, musty room."

Favereaux explained the three tiers of the teaching philosophy of the district.

[BEGIN BOLD]Tier I[END BOLD] is teaching the group as a whole, analyzing each classroom as a whole.

[BEGIN BOLD]Tier II[END BOLD] is identifying the smaller group of students who might need additional help.

[BEGIN BOLD]Tier III[END BOLD] is individualized program, which would provide a student intense focus on his or her problem area. "We address the whole student," he added. 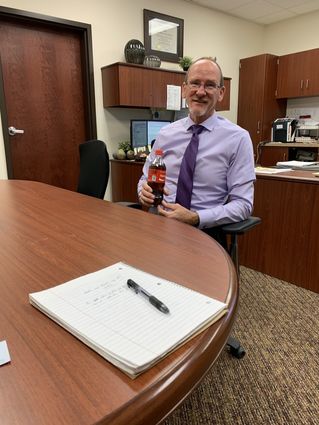 Favereaux also mentioned that the Lost Hills School District sits in an agricultural community with some large corporations serving it, such as Chevron and the Wonderful Co.

"We broke away from Region V because we were so far away from Bakersfield," Favereaux said. "A new region was created –Region 19."

He also mentioned that the district has a state-approved preschool.

"We have several family events during the year," he said. "Our big one is the Harvest Festival in October, which is a fundraiser. We offer a haunted house, a bounce house, food and games for the whole family."

He said the community looks forward to the Christmas parade that goes through town. "We also have a color run where students running become targets for spectators to hit with colored corn starch."