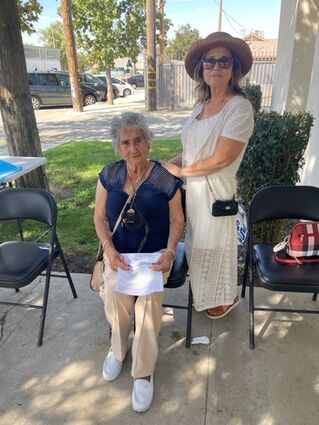 Lucy Leal and Amalia Cantu said they wanted their vaccines to protect themselves and their loved ones.

United Against Covid-19, in partnership with the City of Wasco and St. John the Evangelist Catholic Church, sponsored their monthly Covid-19 vaccination clinic. Once again, Wasco residents who were vaccinated received a $50 Visa gift card.

"However, according to statistics from the Kern County Public Health and the LHJ Vaccine Equity Performance websites, our city continues to have the lowest vaccination rate in the north Kern County communities at 47.24% and the highest reported infection rate at 45.99%."

Mayor Reyna stressed that the goal of these clinics is to increase the number of vaccinated individuals in Wasco.

"We are giving all residents a $50 gift card to incentivize them to vaccinate," said Mayor Reyna.

Those that attended the clinic received their first, second or booster shot.

"I needed my last shot. If you don't have your vaccine, you might get more sick compared to those that have been vaccinated," said Angela Herrera.

She came with her family.

"I brought my mom, two sisters and my brother. It was simple, and it didn't hurt,' said Herrera.

The main priority for people getting their vaccine was safety.

Cynthia Rodriguez said, "I came so I don't get sick. I brought my grandson. I think it's great that so many showed up."

"My daughter received the vaccine. She is five years old. The danger still exists, and it's important to care for my family," said Alma Palmas.

She said of the gift cards that were given as a reward, "It is a great way to get more people to get their vaccines."

Felipe Hernandez, a recent immigrant, said he was grateful for the gift card.

"I struggle, and every little bit of help makes a big difference," said Hernandez.

Luis Rodriguez came with his wife and four young children and received $300 worth of gift cards.

He thanked the city. "It is going to serve us a lot, especially in these difficult times."

Some have already been infected with the virus.

"I wanted to get my booster shot because I've gotten the virus before and don't want to get it again," said Emily Villanueva. "My parents have their vaccines, and I didn't want to be the only one not fully vaccinated."

"I've had covid, and I didn't like it. I had to stay away from my family. I couldn't hug or get close to them. It made me feel sad," said Ruiz.

People said the process was easy and impactful. 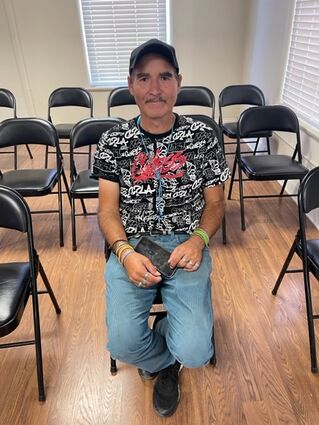 Jose Ocampo said it's too easy to catch the virus and it can be fatal.

"It was convenient. I appreciate the staff," said Amanda Harris.

She said it was a matter of life or death.

"It's crucial, so you don't die or get it as severe. I had it once, and I couldn't breathe. I wish I would of had my vaccine before I got sick. It was very scary," said Harris.

"To help make Wasco a healthier community, I encourage everyone needing a vaccine to come to our next clinic on October 30th," said Mayor Reyna.

The clinics occur every last Sunday of the month at the old Wasco courthouse at 810 8th St.