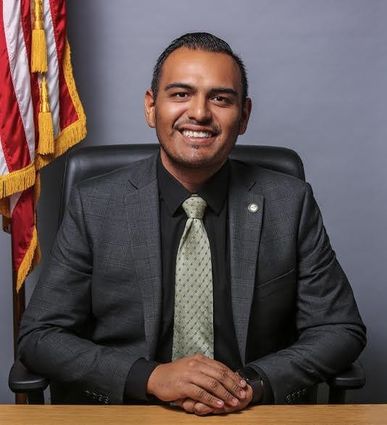 Mayor Alex Garcia was arrested for driving under the influence this week.

Court records show an individual named Alexandro Cecelio Garcia, identified as being born in 1989, was arraigned in Shafter court on Monday on a charge of suspected driving under the influence with a blood alcohol content of .08. The time and place of the arrest could not be determined based on the information available..

Local officials who have personal knowledge of the situation -- but refused to be identified -- confirmed that the man arrested was the mayor.

Garcia has been in the news the past two weeks, including a feature in the Los Angeles Times, after his attempt to have the Rainbow Pride Flag flown at City Hall in Wasco in observance of Pride Month.

According to informed individuals, the arrest was made by the California Highway Patrol, There was no listing of the event in the arrest logs of either the Shafter Police Department or the Kern County Sheriff's Department, which provides police services for the City of Wasco..

In the Times story, Garcia said that several speakers at the council meeting last week blasted him for bringing up the subject and also accused him of bigotry against religious communities and self-serving politicking. The council voted the proposal down, with Garcia the only yes vote.

Two days after the vote, a demonstration was staged in front of City Hall in support of Garcia and his proposal.

One of the unnamed sources Tuesday night mentioned that this was "a little hypocritical" for Garcia to stand up and speak out as a role model for young people, when not taking responsibility for his actions in this case.

Repeated attempts to contact Garcia for comment were unsuccessful Tuesday night. The City of Wasco and its council members have not released an official statement as of Tuesday night.

Garcia is due back in court for a pre-trial conference on Aug. 19 in the Shafter Branch of the Superior Courts of Kern County.