Vietnam veterans are honored at gallery 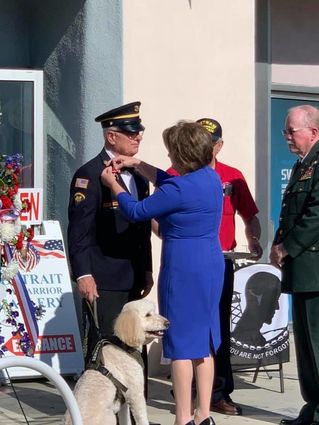 Vietnam veterans were celebrated and honored during a ceremony March 29 at the Portrait of a Warrior Gallery in Bakersfield as part of National Vietnam Veterans Day.

Shafter native Ed Gaede, who has been instrumental in the operations of the gallery, said that the veterans of the Vietnam War are getting their due as heroes, which had been denied them for so long.

"It is important to recognize these men and women who have given their lives for us, no matter the circumstances," Gaede said.

Shafter man and author Barry Bongberg, who is a Vietnam veteran, was in attendance signing copies of his book, "Dear Mom and Dad: Letters From Vietnam." Bongberg said that he didn't like to talk about his time in Vietnam - avoiding the subject with friends and family - and not telling people he met that he had been in the war at all.

For years, he said, he didn't want to even think about that time in his life. After finding a box full of letters he had written to his parents while overseas, he typed the letters up and put them in a book that is now available on Amazon. 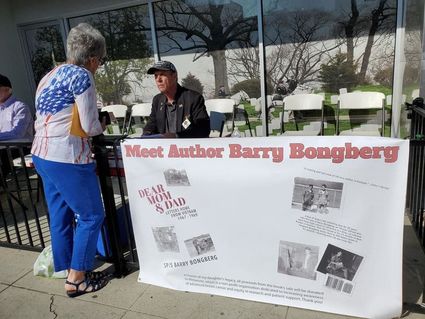 "It was tough typing those up, with a lot of tears and sleepless nights," said Bongberg, who finished the project for his daughter, who passed away before the book was published. All of the proceeds from the book are going to a nonprofit organization for breast cancer research.

"This event is important for the families of those soldiers who didn't come back from the war, giving them a chance to honor their loved ones and recognized them for the heroes that they are," he said.

There were 176 soldiers from Kern County who lost their lives in Vietnam, and each name was read on Monday by veterans and members of the gallery committee, with a bell rung throughout the ceremony, signifying "Always Remembered, Never Forgotten."

State Sen. Shannon Grove, a Shafter native, was on hand to honor those veterans as well as presenting Vietnam veteran Ken Teeters a certificate for a Bronze Star.