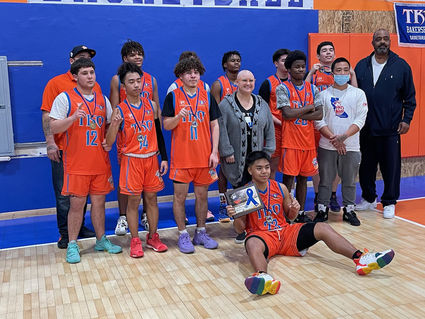 Alopecia areata, better known as "Alopecia" is an autoimmune condition causing hair loss on the head, face, body and scalp. The severity of cases varies from person to person and as of today there is unfortuntatly no cure. It affects as many as 6.8 million people in the United states. One of those people happens to be Wasco native, and friend to many Alexis Sabala.

When long time family friends of Sabala, engaged couple Eddie Velasquez and Erica Alvarado, heard of Alexis' bravery while dealing with losing her hair; they wanted to support her in any way they could. "After talking to Alexis' mom, she updated me on Alexis' battle with alopecia, I suggested to my fiancé Eddie if a basketball tournament would be a good idea." Lets say he was game.

Eddie and his brothers Jorge, Leo and Gerardo Velasquez, all of Wasco, play and run the 2nd to None basketball league. "We reached out to TKO facilities/ organization, to see if they would be willing to make an Alopecia Awareness basketball tournament possible. With no hesitation they agreed."

With Everyone on board Alvarado, Velasquez and his brothers, and the TKO organization were able to pull off a successful event in honor of their friend. "The turn-out was great! There were four divisions total in the tournament. With four youth teams and six men's teams playing in each division. 2nd to none had a total of six teams competing in the tournament as well.

"There were some really great games. Even some nail biters but of course TKO went home with the all the trophies." Says Erica, who witnessed and helped organize weekend long event. She continues "Alexia Sabala is an amazing soul. We grew up with her here in Wasco, we hold her very close to our hearts."

"It was also a great way to bring awareness to alopecia and let others know they are not alone in this." added Eddie. "The fact that we were able to provide her with a little support for her dream wig for her upcoming wedding, makes the tournament a major success. It would not have been possible without TKO helping us." Said Eddie.

Located on E. belle Terrace in Bakersfield, the TKO is a sports and recreation facility. The men Velasquez refers to that helped make it possible are Jorge Cruz, Lalo Garcia, Marty Rodriguez, and Edward Moreno the owners of the TKO organization. 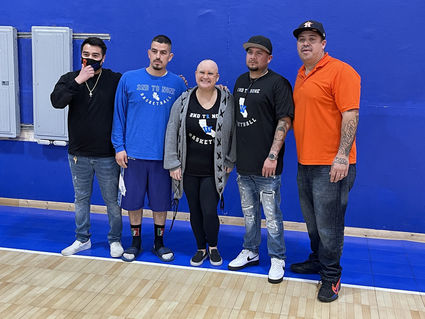 When asked what's next for the 2nd to none team Valazquez responds "Our schedule for the month of February is to continue playing in the league for the TKO facility in both our men's and high school divisions. We also have an upcoming tournament in Laughlin Nevada, called the Mariachi Madness. We will be taking home trophies in all divisions" Eddie jokingly adds. He and his fiancé Erica agree that the best part of being from Wasco is that everyone knows each other. "We always have the support of others to make things happen. Supporters we can never thank enough for helping us out are the Orange Heart foundation, Joe De La Rosa, Gladys Gonzalez from Wonderful, Pizza factory, and Joan & Bruce Handel and now TKO Facility. We are very grateful."