By Jamie Stewart
the 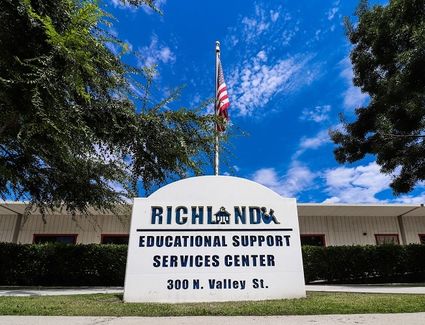 The Richland School District returned to distance learning this past week.

The Richland School District has returned to distance learning after implementing a return to campus in late November.

With a number of teachers and parents unhappy with the decision, a petition had begun circulating that would return the district back to distance learning. This past week, the decision was made to have the district suspend the return to school plan.

According to Superintendent Rosa Romero, the decision to return to distance learning was not the result of the petition.

"One factor was the new stricter guidelines put out by the state and the CDC recently, which made our return to school plan non-adherent to a couple of the requirements," said Romero. "We are okay with our first through sixth grades, but with the junior high kids, we are not in compliance with the regulations."

Another factor was the lack of staff.

"I am out of staff right now. We have had a few members of staff that we have had to send home and are currently quarantined," said Romero. With the loss of those staff members, it was not possible to keep the in-person sessions in operation.

Romero did want to make clear that the cases, as far as they can tell, were not transmitted at school.

"With our contact tracing, it appears that the cases were brought in from the outside, with the individuals not contracting the virus inside the school," Romero said.

Romero said that as far as they know, there have been no cases contracted at the school.

"We have a stringent operating plan at the school that goes above and beyond the guidelines put up by the CDC and the county's Public Health Department," Romero said.

In last week's issue of the Shafter Press, Tony Aguirre, Richland School District Board member, said that he though that the move to in-person learning was premature and he was worried that there would be consequences for the decision.

Romero confirmed that Aguirre had expressed concerns about the plan, but the plan was ultimately approved.

"He did voice a concern about the plan, but the plan to return to the classroom was approved by the entire board," said Romero.

A couple of parents, who desired to remain anonymous, said that they were concerned about the stance of a few board members who were in favor of having the kids and teachers returning to the classroom, but opt to participate in board meetings on Zoom, making the decision appear to them as hypocritical.

Melissa Dewitt, Richland School District Board member, said that those who sit in on the meetings would know who attends the meetings in person.

"Just like we respect our teachers who may have underlying issues and are encouraged to work with Human Resources to see what leaves may be available. The same is for board members or any other employees in our district who is immune compromised," Dewitt said.

She said that the board members support Romero and her decisions, which are in the best interest of the children and their families.

She also pointed out that there are bigger districts in Kern County who have also already been in session with in-person instruction, such as the Rosedale and Fruitvale school districts.

Dewitt also said that the district has a level of protection that goes beyond those required by the county.

"Each classroom has two air purifiers in each class to the clean the air, have numerous water bottle filling stations, scanners for body temperatures as they enter the school and many other precautions," Dewitt said.

Romero said that it is uncertain when they will return to in-person classroom sessions.

"We are watching the guidelines and recommendations put out by the county and the CDC. We always put the safety and welfare of our children and staff as our first priority," Romero said.