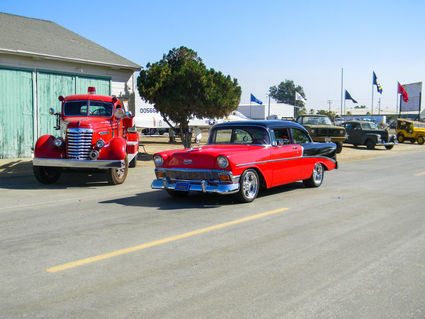 The Minter Field Air Museum was faced with the challenge of holding a fundraiser that would be interesting for participants, as well as adhering to the county's safety and health guidelines pertaining to the current pandemic.

The group decided to hold a drive-thru event with hot rods that cruised from Chevy's in Bakersfield out to Minter Field for an aviation and hot rod event.

Ronald Pierce, of the museum, said that Minter Field was looking for ways to raise funds after the cancellation of one of its largest fundraisers of the year. Wings n Wheels has grown into one of the most popular events in Shafter, drawing participants from all over the state and the nation.

"When we had to cancel Wings n Wheels, we were kind of worried how we would stay afloat," said Pierce. 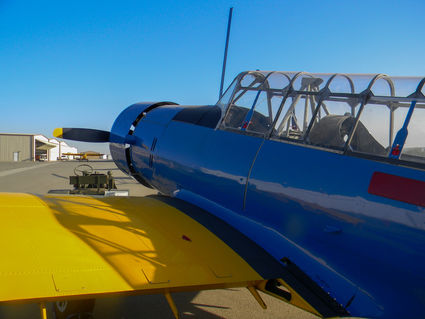 Airplanes were a big draw for the event.

Minter Field Air Museum is a nonprofit that runs off of donations, as well as a few fundraisers held throughout the year. The drive-thru event saw over 50 vehicles participate, driving through Minter Field from their Bakersfield starting point.

"We are so thrilled with the support of the community," said Pierce.

A variety of hotrods made the trek, from a Volkswagon Beetle to a souped-up Chevy, giving onlookers a chance to get an up close look. .The museum tells the story of America's involvement in every battle contested in our military's history with a treasure trove of memorabilia and artifacts depicting each era. They have everything from uniforms, weapons, accessories and vehicles used by the military. The museum is open on the weekends for visitors and tours.