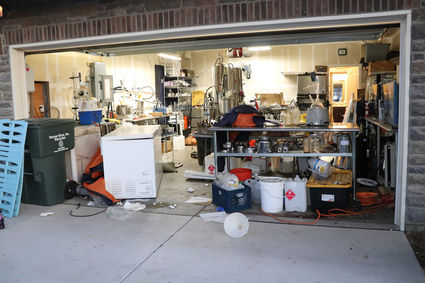 An anonymous call led to police finding a body in a Gossamer Grove house being used for the extraction of marijuana oil.

The Shafter Police Department received a call April 29 about 4:38 p.m. last about a deceased person inside a residence. The officers went to the 9100 block of Woodbrook Drive, in the Gossamer Grove area of Shafter, where they found Baek inside a residence that also contained an industrial-sized marijuana extraction lab.

While conducting a search of the residence, officers found more than 2,400 edible marijuana products as well as more than 1,000 pounds of marijuana in various stages of production, according to Sergeant Joshua Stephens of the Shafter Police Department.

The lab was subsequently disassembled and rendered safe. There was no comment on if there had been any arrests, and the investigation is ongoing.

A cause of death was not given and an autopsy will be performed by the Kern County Coroner's Office.