Walmart gives back to its community 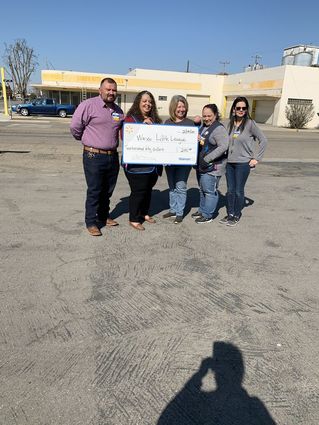 Some Walmart faces are becoming increasingly familiar to Wasco residents as they assist various groups with fundraisers in town.

Walmart donated labor to activities of these three groups. They assisted VFW volunteers in painting the white crosses that are placed in the cemetery on Memorial Day weekend, as well as helping the VFW with breakfasts, the VFW barbecue and car shows. 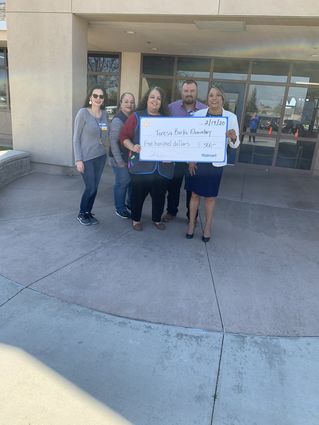 A familiar face in the Walmart mix was Jamie Nixon, who is manager of the girls and infant departments and a member of Grace Community Church.

Human Resources Manager Veronica Bristow was on hand to greet the donation recipients and let everyone know how appreciative Walmart is for their volunteerism.

Joel Vidriales has been the manager in Wasco for about 1 1/2 years. Before that, he worked in other Walmart stores for 21 years. "I like working for this Walmart," Vidriales said. "It is like one, big happy family."

VFW Commander James Madrone thanked Walmart for its generous donation and also for its help during the activities in which they've assisted.

"Thank you so much for this grant," Teresa Burke School Principal Monique Goodwill said. "We appreciate this and it will greatly help our school."

Accepting the $250 donation for the Wasco Little League was Vice President Ann Wilburn.