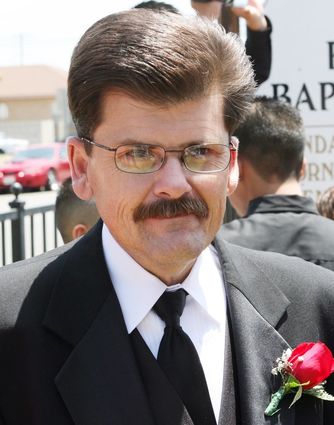 Robert is survived by his wife Debbie, son Matt and his wife Sarah, daughter Amanda and her husband Ryan, and son Brad, as well as his mother Norma and sister Debbie. He is preceded in death by his father, Art Parrott.

Robert was born March 11, 1958, in Bakersfield. He graduated with his BA from Fresno State and earned his teaching credential from Cal State Bakersfield.

Robert taught second grade for 31 years at Karl F. Clemens Elementary. He strived to instill a love of reading in his students. Robert was very proud to have taught multiple generations of families. He got great joy from seeing former students around town.

Robert was a great family man and a loving father. He and wife Debbie married on July 28, 1990. Together they raised three children and were blessed with four grandchildren, Molly, Olive, Jude and Christopher. Robert enjoyed spending time with his grandkids. He was always so proud to share photos and stories of them.

Robert also loved cooking, sharing random facts and dad jokes, and taking trips to Morro Bay. He was an active member of the Wasco Free Will Baptist Church, where he helped build the Spanish Ministry. Robert and his family also helped run the church's Food Ministry. He was lovingly known by the church kids as "Skittle Bob" because he always had Skittles on hand, ready to share.