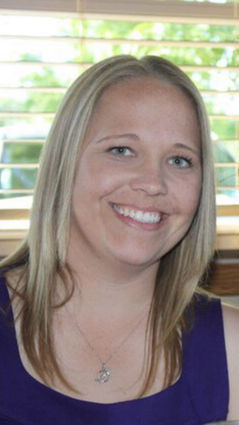 Elizabeth Ann Holtermann went to be with the Lord on Dec. 7, 2019 after a three-year battle with cancer. Elizabeth, lovingly referred to as Beth, was born on Dec. 2, 1984, to Tim H. and Karen (O'Brien) Holtermann of Wasco.

Beth was an outstanding student athlete. She was awarded varsity letters in golf, basketball, and volleyball at Wasco Union High School. She attended California State University, Long Beach, on a golf scholarship. While at Long Beach, she earned her Bachelor of Science in business management, as well as her masters in sports management.

Beth worked for the Big West Conference for 12 years. The Big West was excellent to Beth before, during and after her battle with cancer. The family would like to thank Big West, especially Commissioner Dennis Farrell, for all the support through the years.

During her time at Big West, Beth lived in Anaheim and Costa Mesa. This was perfect, as she had a special love for all things Disney, a love she passed on to her four nieces and nephews.

Beth enjoyed traveling and took many trips throughout the years. She cherished the family's annual trips to Pismo Beach, where she developed a fondness for the ocean. Family, especially her four nieces and nephews, was the most important thing to Beth, second only to her faith. She was able to spend her final days enjoying time with family and her final moments on earth spent in prayer.

Beth is survived in life by her parents; her brothers, Tim S. Holtermann (Jenny) of Wasco and Robert Holtermann (Kristina) of Wasco; her nephews and nieces, Henry (5), Hazel (2), Hunter (4), and Haley (20 months); and best friend, Kay Hoey of Costa Mesa. She was preceded in death by her grandparents, Hubert and Ethel Holtermann and Robert and Frances O'Brien.

A Rosary will be held at Peters Funeral Home in Wasco on Thursday, Dec. 12, at 6:30 p.m. A Mass of Christian Burial will be held at St. John the Evangelist Catholic Church in Wasco at 10 a.m. Friday, Dec. 13, followed by graveside services at Wasco Memorial Park with a reception to follow.

In lieu of flowers the family is asking that donations be made in Beth's name to St. Jude Children's Research Hospital or Carmel of St. Teresa, 215 E. Alhambra Road, Alhambra, CA 91801.