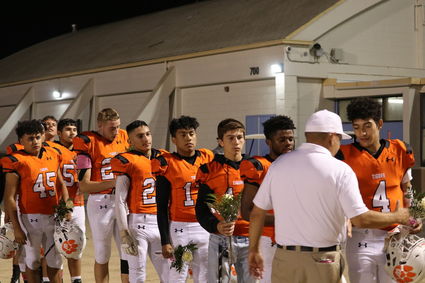 Since Friday night's game highlighted seniors, the senior players players, band members and cheerleaders were individually presented to the attendees at the game.

Prior to the game, the senior football players were introduced to everyone along with their parents or family members present.

The Darling Divas – mostly primary school girls -- were invited to participate in the halftime show, and worked with the high school cheerleaders the week before. 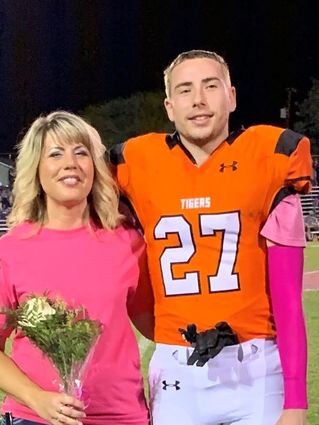 "That is when younger girls come to learn a cheer routine and cheer from the high school cheerleaders," Activities Coordinator Hailey Coyle said.

The younger girls performed at halftime with the high school cheerleaders.

In addition to the Darling Divas, the band performed while senior band members were also individually introduced to the attendees.

Band members included I didn't know they were performing.

The last game of the season for the team is the rivalry game against Shafter High Friday at 7:30 p.m. at Shafter.