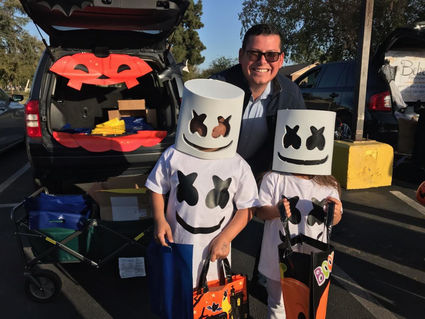 Assemblymember Rudy Salas, state Sen. Melissa Hurtado and U.S. Rep. TJ Cox all had booths set up at the Trunk or Treat this year. 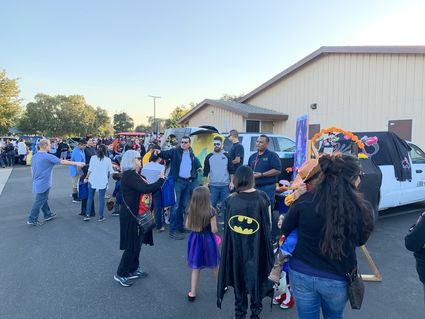 Assemblymember Rudy Salas arrives at the Trunk or Treat.

Barker Park was the scene on Tuesday for hundreds of costumed kids attended the event and were entertained by costumed adults handing out fistfuls of candy. Waiting in line took a while as there were well over two dozen kids in each line for buckets of candy, but it was worth the wait for sweet stash.

Councilmember John Pallares dressed up as a knight and let kids play with the sword that went with his costume.

Clowns, cowboys, soldiers, ghouls and "Day of the Dead" characters were well represented. Several children had Day of the Dead makeup on and colorful costumes to match.

The City of Wasco had a colorful cornhole game going on during the event. Wasco Independence High School had masks for the kids at their photo booth.

Coordinating the event Wasco Independence High School were Angie Benavides, Vianny Gonzalez and Liz Soto, who were attending to visitors all evening long.

Decorated trunks were open and filled with buckets of candy.