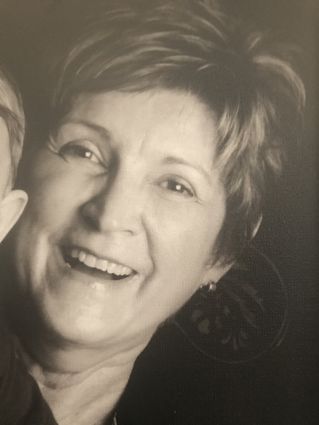 A memorial service was held for Sandra Wilson Oliver, 68, who died peacefully at home in Bakersfield Aug. 17, 2019.

Sandy was the fourth of seven children born in Wasco to Desmond and Mamie Wilson. She grew up on the family farm and loved the outdoors. She graduated from Wasco High School in 1969. A decade later she married the love of her life and life partner Kenny Oliver. Their union lasted 40 years and was blessed with three children.

Sandy worked in the real estate industry for more than four decades. She opened several branches, including Atlas Capital, Fallbrook Mortgage and National Bank of La Jolla. Those experiences led to her partnership with First National Home Finance, where she developed deep ties to the real estate community and was widely admired by her peers for her honesty and integrity.

Fun-loving, her wit and infectious laughter always signaled that she was in the middle of a good time with the people who meant the most. Her creativity was on full display for every holiday, but none more so than Christmas. It was her favorite time of the year and she enjoyed setting out her vast collection of nutcrackers. She had impeccable taste and put it to good use when she designed their new home. She was stylish and enjoyed baking as much as she liked teaching others how to do so.

Sandy was also headstrong and determined in everything she did in life, but equally compassionate, loving and fiercely loyal to her family and friends, always leading the way to another great adventure with them.

She enjoyed retreating to South Lake Tahoe and Las Vegas, where she was usually successful in hedging her bets against the casino's odds. Her garden was immaculate, and she loved shopping for the next "great deal."

Sandy was preceded in death by her parents, her sister Shirley Hancock, her aunt Maxine Holley and nephew Richard LaRue. She is survived by her husband, and her children Kari Boyd and son-in-law J.R., Sara Walker and son-in-law Clint, and Matt Oliver and wife Lauren.

Sandy's life took on a new meaning when she became a grandmother. She loved and adored her grandchildren, Andrew and Cooper Boyd, and Carter Oliver, and eagerly awaited the pending birth of Blake Oliver.

A special thanks to the UCSF-ALS Treatment Clinic, Hoffmann Hospice, Laura, Laurel, Tyler, Jennifer, Chie, Vitce and Elva of Interim Healthcare, Drs. Howard and Karen Nizar and staff, and Dr. Jerri Williams and staff. Tremendous appreciation to Sandy's full-time caregivers Stephanie and Diana who provided her final days with companionship, care, and support.

In lieu of flowers, Sandy's memory may be honored with a donation in her name to any of the following charities dear to her heart: Wasco Toys for Tigers, 1618 Sunset St., Wasco 93280; Garces Memorial High School - Sandy Oliver Scholarship Fund, 2800 Loma Linda Drive, Bakersfield 93305;or The ALS Association Golden West Chapter, P.O. Box 565, Agoura Hills, CA 91376.