Thanks to a great city and its team 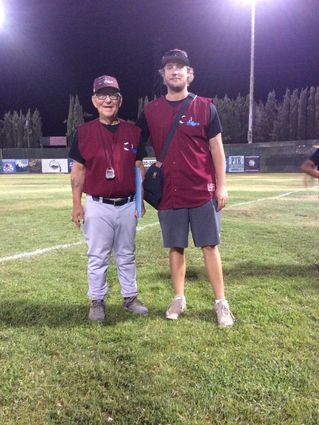 We arrived in Wasco from Mesa, Ariz., for the first time in late May 2019 to drop my son Max Williams, #34, off on another leg of his baseball adventure.

This was the inaugural season of the Wasco Reserves Professional Baseball Club, and we were greeted from day one with the immense warmth of the people of Wasco.

Its residents carry a great pride for their community, as they should!

It is has a long history of hard-working, salt-of-the-earth people, and we had the great pleasure over the last few months to make lifelong friendships.

As with any sporting dream, it doesn't happen without the help of many unsung heroes helping the athletes along their tireless journey.

I would like to thank the community of Wasco, Veterans Association, Raul and his crew for getting the diamond and bleachers in great shape for the fans and the boys, and his wife, Diane, for her tireless efforts throughout the season.

A very special thank you to Jeff and Stephanie Wymer and Jade for stepping up in our time of need and fully supporting our son Max over the past few months.

From day one, the Wymer family opened their home and hearts to Max, making him feel part of their family and taking the best care of him. Living in Vancouver, it brought Sophie and me a great sense of comfort to know he was with such a good, caring family and community.

I know there are many others involved, families going above and beyond to make the baseball season possible. You know who you are.

A heartfelt thank you for all you have done!

Max is living his dream, as are all the young men that arrive, with their drive, determination, talent and sheer grit -- all in an attempt to further their baseball careers in hopes of making the Big Leagues.

I had the opportunity of meeting many of the young men. The kind of stand-up young men with bright futures ahead. We wish them the very best going forward.

Last but not least, I had the pleasure of meeting and becoming friends with General Manager/Coach Bill Moore. He's a great man. A baseball legend! A loving husband and father first and a good friend. Bill has an amazing understanding of the game of baseball with a deep history that spans decades. His straight-up genuine approach to the game is rare. He is a champion!

I look forward to the day returning to the beautiful community of Wasco. May it be sooner rather than later.