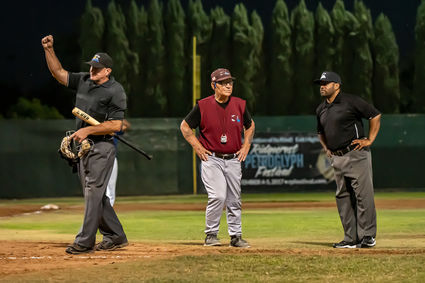 The Wasco Reserves are looking to end a long losing streak over the next week. 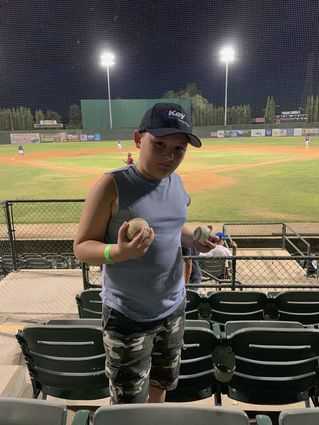 Jace Springer, son of Candie and Steve Springer caught a foul ball at a Wasco Reserves baseball game at Sam Lynn Ballpark when the Reserves played the Train Robbers on July 16. Candie Springer is a teacher at Richland School and Jace is the grandson of Diane and Tony Givens. Diane is general manager the Wasco Tribune.

That string goes back to July 8 when the team beat the cellar-dwelling California Whiptails, 5-3, just prior to the All-Star break.

And they'll have plenty of chances to do it at home. Only one game is on the road starting tonight, Thursday, at 7 p.m. against the Monterey Amberjacks.

That one road game is only down the highway at Bakersfield on Friday, against the Bakersfield Train Robbers at 7:45 p.m. (thanks to Sam Lynn Ballpark's unique configuration).

Then it's 7 p.m. every night at the Ballpark: the High Desert Yardbirds of Adelanto on Saturday, Bakersfield on Sunday, the Monterey Amberjacks on Monday, the Tucson Sagueros on Tuesday and Monterey again on Wednesday.

Bill Moore's team is hoping to put some more numbers in the win column before the end of their inaugural season on Saturday, Aug. 3 at home. As of Tuesday night, they were 15-37, ahead of the Whiptails at 9-42.