July 4 and brew bring out the fans

Reserves putting on a good show 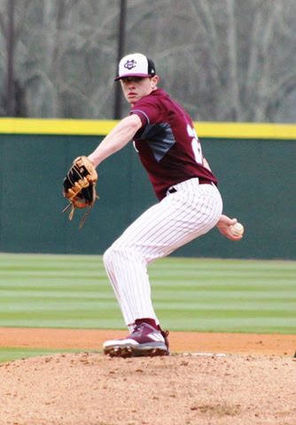 Nothing says Fourth of July more than hot dogs, a cold beer and a double-header baseball game. That's what this past July 4 held for Wasco Reserves fans.

The Reserves played the Bakersfield Train Robbers at the Ballpark in the morning and followed that up with an evening game against the Roswell Invaders. Attendance has been steadily climbing since the June 27 Wasco Tribune-sponsored game. On the Fourth, the ticket booth was crowded with fans ready for a day of baseball.

It's just possible that recent introduction of beer sales at games could have something to do with some of the increased attendance. The first home game with beer sales was July 4.

The Reserves lost their morning game on the Fourth, 7-4, against the Train Robbers. However, they won the evening game, 3-2, against the Roswell Invaders. Fans showed their support for the team prior to the afternoon game by cooking breakfast for all the players before the first game.

The Reserves recently added two more players to its roster. Twenty-three-year-old Mitchell Scott Langer, who goes by "Big Country," has been playing baseball since he was 5 years old. Born in Norton, Kan., Langer attended high school at Fountain Fort Carson High School in Colorado Springs, Colo. where he played first base, pitcher and third base. He was named first team all-city four years in a row, making it to the High School Hall of Fame wall.

Langer attended Indian Hills City College in Indiana and Cumberland University in Tennessee, where he played first base and pitcher.

"I was first-team all-conference my freshman and sophomore years," Langer said. "I was pitcher of the week in our Cumberland league and runner-up for nation-wide character award at the same school."

Currently, Langer is a pitcher for the Reserves. "I'm on the Reserves because Coach Moore gave me an opportunity to continue my career last year in Tucson, and I got hurt," Langer said. "He signed me again this year and gave me another opportunity in Wasco." 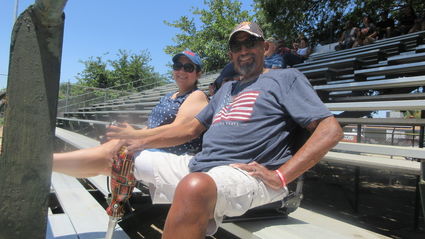 Danny and Petra Rueda are big Reserves supporters and attend as many games as they can.

This is Langer's first time in California. "While I haven't seen much of the state, the mountain and agricultural aspect of Wasco/Bakersfield remind me of home," he said.

Langford has really enjoyed Wasco and thinks the people here are great. "Our fans are so amazing," Langer said. "I'm a farmer at heart, and so I have a lot of respect and tip my cap to the people of Wasco, who are also agriculturally based."

The second player added to the roster within the past week is 21-year-old Konosuke Kawagishi, who likes to be called Ko.

Kawagishi played outfielder at Hekimer County Community College in New York and is also a pitcher.

"I think Wasco is an awesome city and a good place to be," he said.

The games usually begin at 7 p.m.