Wasco Reserves on the field 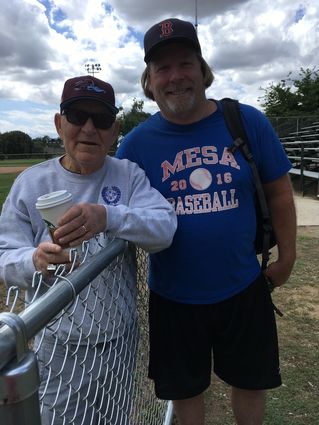 4. Player Max William's father Dave Williams traveled from Mesa, Ariz., to watch his son practice with the new team as he chatted with Coach Bill Moore.

The Wasco Reserves baseball team has added another player to its inaugural roster on Opening Day, Saturday, June 1.

Twenty-four-year-old Scott Robert Martinez showed up at the first unofficial practice in Wasco on Tuesday. He is just one of the many players that will be on the field for the first official practice scheduled Thursday, May 23 at 9:30 a.m. at the ballpark. 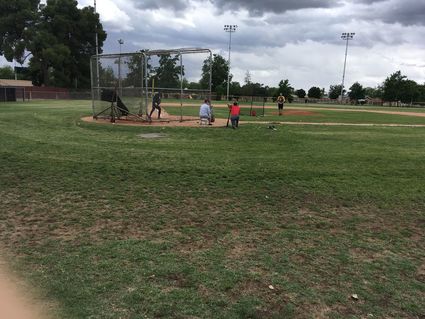 Some of the Wasco Reserve players showed up for an informal practice at the Ballpark located on Poplar and 11th Street.

Born and raised in Las Vegas, Nevada, he was a member of the Spring Valley Little League, where he was an all-star for four years playing outfield.

He also played outfield at the University of Colorado Springs.

"I look forward to playing for the Wasco Reserve because it is a great opportunity to play baseball and bring the sport to the city of Wasco. Go Reserves," Martinez said.

The Reserves will be playing the at 4 p.m. on June 1 at the Ballpark, Poplar and 11th Street.

The team is still looking for host families for the opening season. For information, call manager Bill Moore at 602-980-2372.

Sponsorships also are available for local businesses and individuals, including stadium signage and advertising. For details, call Operations Manager Analicia Torres at 661-204-7807.