A special prom for special kids at high school 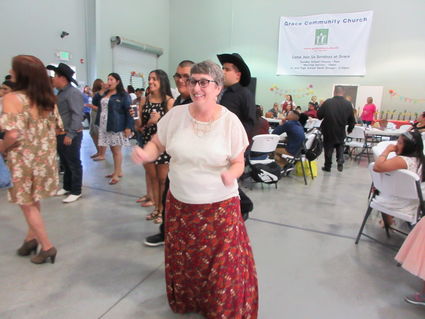 The special education students at Wasco High School were able to spend last Friday at a special prom.

The Wasco Woman's Club sponsored its fifth prom for the special education students by providing the food, wristlets, the disc jockey and decorations.

Superintendent of Special Education Gaylene Roberts enjoyed dancing with several students and mixing it up with the kids on the dance floor.

"We invited several students who have been with the Kern Medical Vocational Program and wanted to attend the prom with the students," Roberts said.

"It's hard to believe this all started with the annual Christmas party and has become a regular event for the kids. The kids all wanted a prom."

Each student was given a colorful handmade woven wristlet to take home, provided by the Woman's Club.

The club also prepared the food for the students and served a large selection of cookies for dessert.

Disc Jockey Robert Rocha of Los Gorditos selected songs that got the kids out of their seats and on the floor. 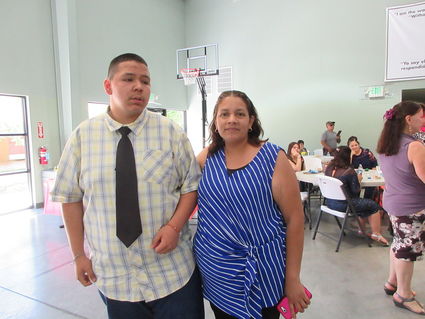 Erika Barraza danced with her son, Jonathan, in the middle of the floor.

Returnee Mason Fager was in his element as he relaxed and danced the afternoon away. "Mason loves this dance," his mother, Cheryl Fager, said.

A year ago Mason's mother shared his health story about a staph infection he had in 2016 that turned into spinal meningitis. "Mason was on life support, and the doctors said he was brain dead," Fager said. "He was forced to learn how to eat and do just about everything. It's hard to believe, but this time two years ago, he was learning how to walk again."

While this is the last party of the school year, the special educa