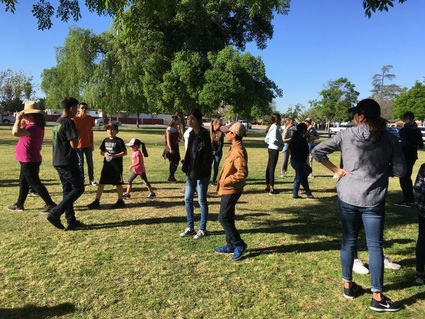 Code Compliance Officer Mathew Maldonado coordinated the cleanup and had prepared instructions for all group leaders, plenty of garbage bags and enough pairs of gloves for everyone. Oldsters and youngsters alike worked together picking up trash and debris while walking alleyways within the city.

American Refuse hauled everything, while Alianza Recycling and Recovery collected any items with a cord attached.

In addition to Wasco residents being present, two Shafter residents attended in order to scope out how the cleanup was organized. Angie Nelson and Shafter High student David Ortiz observed how Wasco's community cleanup ran. "I like Matt's organization and the way he has everything set up," Nelson commented. "He has great people skills."

Maldonado's father, Pastor Cain Maldonado, provided support for his son as he helped the community with the clean-up activities. Robert Abugan and Larry Erwin from Alianza Recycling and Recovery also aided in the cleanup by manning their large truck and assisting anyone who brought corded items to be disposed of. 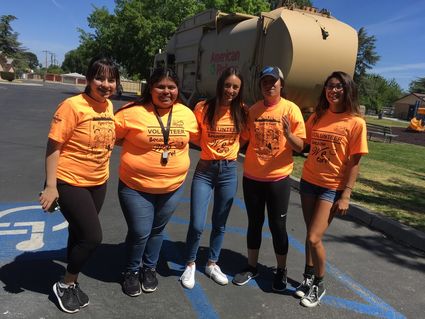 The crews proceeded in lines gathering up garbage

At the beginning of the cleanup when instructions were being given, Maldonado announced a contest asking each group to post as many clean-up photos on Instagram as they could. The team with the most posts would win a T-shirt for each member of the team.

Blue Sushi open its doors early to donate teriyaki chicken bowls for lunch for the volunteers.