A big move for Hall in city 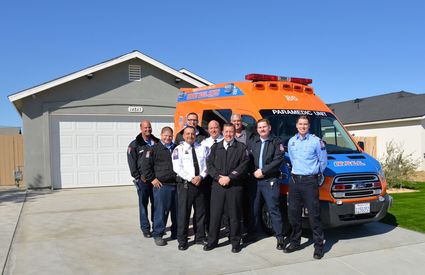 The facility will service paramedic and emergency medical services for Lost Hills, Wasco and rural areas located on the Westside of Kern County. They also will be available to help motorists traveling on Interstate 5.

Hall Ambulance, Post 26, is located at 14865 Woodward Ave. The facility will be staffed 24/7, with one crew consisting of an emergency medical technician, a paramedic and a driver. There are three crews working 48-hour shifts. 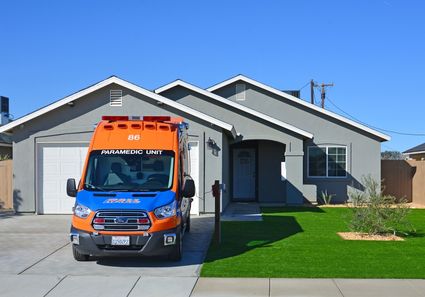 The front of the new Lost Hills facility.

"We have needed this facility for a long time so we can respond in a timely manner for those calls from Lost Hills, Wasco and other areas," said General Manager Myron Smith.

"This is an ideal location," said Corum. "It connects the San Joaquin Valley to the Central Coast.

The facility is located in a brand-new four-bedroom house located in a newly developed area. There is a large kitchen with a living room and dining room, three bedrooms and one room set up to hold medical supplies.

Smith said that he has worked for Hall Ambulance for 23 years. There is a family connection for him to Wasco as his grandfather, Virgil Smith, was the last justice of the peace for the city.