Friendly Lila is looking for a loving home 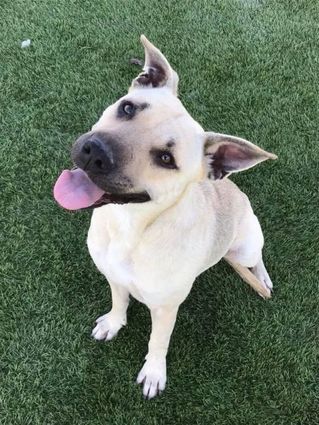 Lila is a female shepherd/bully mix and is 2-3 years old. She weighs almost 45 pounds. She is friendly and loves belly rubs. Initially, Lila can be shy.

Lila was picked up for biting an elderly man on the leg and was owner-surrendered along with other dogs on the owner's property (the other dogs were rescued). When she came in she was full of milk, which has since dried up.

She has had no issues with anyone at the shelter and tested well with a male large-breed dog. She has an umbilical hernia, which could be fixed when she gets spayed.