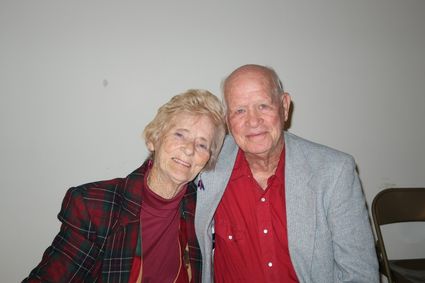 Board member Richard Reding and his wife, Sarah, enjoy the evening.

Holiday lights were twinkling and music was playing as the Wasco Union Elementary School District staff celebrated the holiday season and partied. 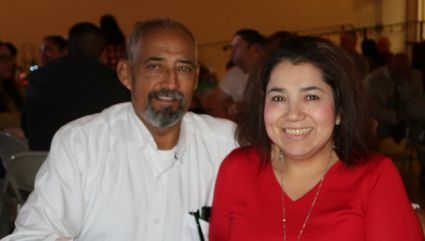 Board member Danny Rueda and his wife, Petra, at the party.

It was the annual WUESD Christmas party that brought about 90 people together for good cheer, good food and good dancing.

"The highlight of the evening was every 15 minutes, we gave away a $10 lottery ticket," Richers added. "So far, no one has called in to say they won anything."

Attendees danced to the music of DJ Dino Diaz.

"Giving away the Lotto tickets provided some excitement during the event," Richers said.

"It was a nice place to see everybody," said Board Trustee Richard Reding. "The food was great!" He said that a lot of people were dancing.

"They all look so young," said Sarah Reding, Richard's wife. "Everybody seemed to have a great time."