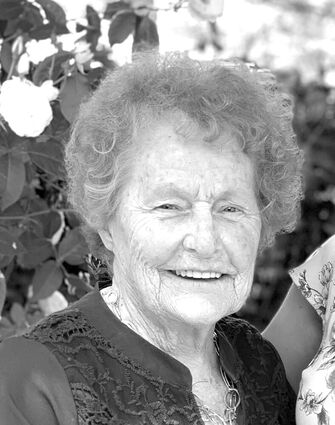 Mary Miller Taylor Smith was born in Wasco on April 26, 1939, to John and Rosa Miller. She was a first-generation American, as John and Rosa were Swiss immigrants.

Mary grew up on a farm and loved the outdoors, animals and gardening. She attended St. John's Catholic school, Wasco High School, Bakersfield College and Fresno State University, where she majored in biology.

On Jan. 21, 1961, she married her college sweetheart, Vaughn Taylor, and they made their home in Shafter. During their marriage, they were blessed with four children: Douglas (who passed in infancy in November 1961), Philip (1962), Rebecca (1963) and Gregory (1969). After all the kids had entered school, Mary began substituting at Richland and Maple schools. Sadly, Vaughn passed unexpectantly in January of 1974. Mary went to work full time in the accounting field. She remained a widow for 10 years until she married Marshall Smith on May 19, 1984, and with this union, she became a stepmom to Craig and Becky. 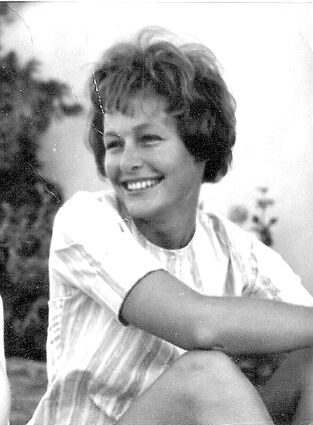 A few years after their marriage, Marshall went into kidney failure. In hope of lengthening Marshall's life, Mary donated her kidney to him in December 1996. Marshall and Mary enjoyed 28 years of marriage before he passed in January 2013. During their marriage, they became Papa and Oma to Vaughn, Liz, Ian and Ariel Driskill; Lila and Tess Taylor, and Ben Gibson. In the last five years, two additional grandchildren were added to her family through marriage: Chris Chartier (Liz) and Jill (Ian) Driskill. As well as great-grandchildren, Emery and Blake Chartier.

Mary was also predeceased in 1992 by her beloved son, Gregory. She is survived by her sister, Rosie Robinson-Taylor of Bakersfield, Phil and Nancy Taylor of Eureka; Becky and Dave Driskill of Bakersfield, as well as all her grandchildren. Oma was loved and adored by all her family. In return, her family was her whole life, and she cherished every moment she was able to spend with them. Please join us as we celebrate Oma on Thursday, Dec. 22, at 11:00 a.m. at Peters Funeral Home in Wasco.