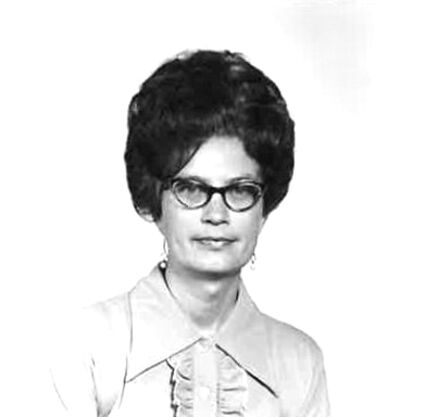 Joyce Yvonne Stanley, born on Oct. 9, 1936, passed away in her Tehachapi home on Nov. 11, 2022. She was surrounded by her family, listening to them laugh and compete with Jeopardy and Wheel of Fortune.

Joyce was the sixth child born to Frank and Elizabeth Ursery in Kennett, Mo. She grew up and attended school in Deering, Mo. She was active in her local 4-H Club. She learned to sew at the age of 9 and won many ribbons at local fairs. She loved working outdoors with her brother. Bill, and father picking cotton on the family farm.

At the age of 18, she moved to Wasco, where she graduated from Wasco High School as a proud Tiger, later attending every class reunion.

In 1955, she met her sweetheart, Don Stanley, through her brother, Bill. They were married three months later in Wasco, at her sister Evelyn's home, on September 20, 1955.

In 1967, she traveled to Tripoli, Libya, with her daughters to join Don, who had signed on with Occidental Oil Company. They lived side-by-side in villas with the McCallum family for 2 1/2 years.

She was preceded in death by her parents; sisters Wanda, Ellen and Evelyn; sisters-in-law Robbie, Betty and Norma; brothers-in-law Jay, Herman and Norman; and her beloved husband of 54 years, Don.

A Memorial Service was held on Dec. 3, at the LDS Church in Tehachapi. Interment took place on Dec. 5 at the Bakersfield National Cemetery.

Wood Family Funeral Service, Inc. has been entrusted with her care. For condolences, please visit woodmortuary.net.