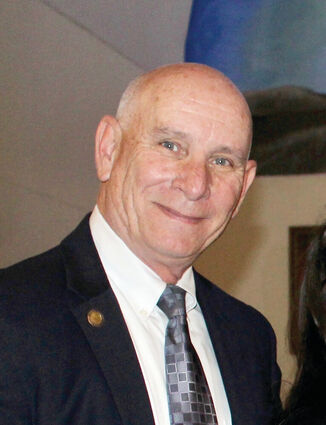 With the City Council's approval to launch a Wasco Police Department and with the hiring of the new chief of police, Charlie Fivecoat, efforts to move forward are progressing rapidly.

According to City Manager Scott Hurlbert, the typical timeline for starting a police department from scratch is 18-24 months.

"We have a few advantages in starting the Wasco Police Department, such as a cooperative partner in the Kern County Sheriff's Office and an experienced chief of police. This may allow a faster start-up."

Chief Fivecoat is the start-up team leader approved by the council. He will work with the city manager, state and local agencies and law enforcement vendors to establish the framework of the start-up plan.

"As this work progresses, two additional resources, a second-in-command and records administrator, will be added to the team," Hurlbert said.

For the fiscal year 2022-2023, approximately $4.4 million is allocated to contracting with the KCSO for policing services. Operations costs will exceed $5 million annually by the time the WPD is fully running.

It is estimated that there will be at least $2 million for one-time equipment, supplies and technology acquisition.

Once the transfer from KCSO to WPD is complete, the current $4.4 million contract budget will be available toward operating the new department. Additionally, ongoing economic development efforts are forecast to add both regular sales tax and Measure X revenues to the pool.

"Finances are an ongoing concern, but the City Council and staff will continue to move forward prudently," Hurlbert said.

There will be a transitional phase shifting from the KCSO to the WPD, where the agencies will work simultaneously.

"Our expectation is a coordinated transition rather than a point-in-time handoff. These details are being discussed and will require a great deal more discussion before being implemented," Hurlbert said.

There have been some challenges working with KCSO.

"There is a national trend in worker shortages, and law enforcement is no different. There have been a number of discussions in local meetings and regional statements by both Wasco and the KCSO about the challenges with recruitment and retention of public safety staff," Hurlbert said.

"Costs continue to rise, and availability tightens. This situation is a significant driver in Wasco's decision to move forward with starting up our own department. In the meantime, and despite these challenges, the Sheriff's Office and individual deputies have done an exemplary job here in Wasco."

A Wasco Police Department is long overdue, now more than ever, according to Mayor Gilberto Reyna.

"Over the past months, our community has experienced several incidents of gun violence and other crimes that have increased the level of insecurity and have our community on edge. Our police department will be able to work proactively and collaborate with other law enforcement agencies to reduce crime on our streets."

He believes it is the right time to do so.

"One of the most significant benefits of having our police department is gaining local control of our police force. It will be able to improve response times and better focus on crime and the quality of life issues that affect our community, including enforcing traffic laws."

Chief Fivecoat is the right man to build and lead the police department, he said. "Hiring him was the right move, and I'm confident he will get the job done. That he is a humble man liked by many is an added plus."

Getting the police department up and running will be a complex process, from obtaining licenses, establishing department policies, setting up a police station and dispatch center, designing emblems and uniforms, procuring equipment and vehicles, and recruiting personnel.

"I'm confident that Chief Fivecoat working with our city manager and council, will be able to resolve any challenges, and he has my full support," Reyna said.