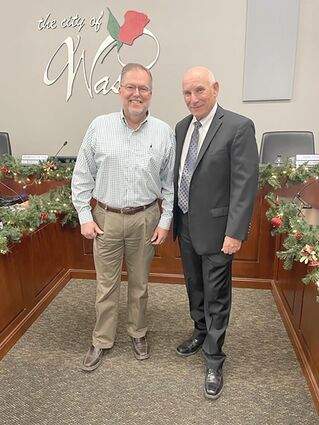 Former Shafter chief Charlie Fivecoat is the first modern-day Wasco chief of police, after the City Council unanimously approved his hiring Tuesday night. He was to start planning the formation of the city's new police department Wednesday.

Fivecoat comes to Wasco with 33 years of law enforcement experience, 11 years of private sector security management and over 14 years teaching political science at the Kern Community College District and the University of Phoenix.

He is a US Army Airborne veteran and served as captain for the California State Military Reserve headquarters in Sacramento. While with the Kern County Sheriff's Office, Fivecoat served as contract chief in Wasco, McFarland and Tehachapi. He was chief of police for the City of Shafter from 2006 to 2011.

His educational background is equally impressive, having graduated from the University of San Francisco with a bachelor of science degree in organizational behavior. He also holds a master of Public Administration from California State University, Bakersfield.

City Manager Scott Hurlbert said, "I am very excited. Charlie and I have worked together in Shafter for five years when he was the chief of police there. I have remained in contact with him since that time."

"I really trust his leadership and ability to instill the right culture in our police department."

He continued, "His combination of experience, familiarity with Wasco and strong relationships with other law enforcement agencies here in Kern County make him the right candidate."

Mayor Gilberto Reyna said, "I congratulate and welcome Charlie Fivecoast to his new position as Wasco's chief of police. I am confident he will build our police department from the ground up. He has my full support, and I wish him immense success."

Fivecoat has been working in law enforcement his whole life, off and on, he said.

"I know the importance of being visible and available to the community and will work to improve communication with the people we serve."

At the meeting, Sergeant Charles Shinn was pleased to report a sentencing for an attempted murder shooting on Sept. 26, 2020, that seriously injured a man in Wasco.

On Nov. 30, Alejandro Jauregui, 24, was convicted of assault with a deadly weapon firearm. He pled no contest and was sentenced to 15 years in prison.

"This serves as a reminder to the community that you will be caught and held accountable for your actions."

Pastor Manuel Cantu from LifeHouse Church and Pastor Paul Hernandez from Free Will Baptist Church were recognized at the meeting for their dedicated and faithful service to the community.

Bradley Parrott accepted the award on behalf of Pastor Hernandez. 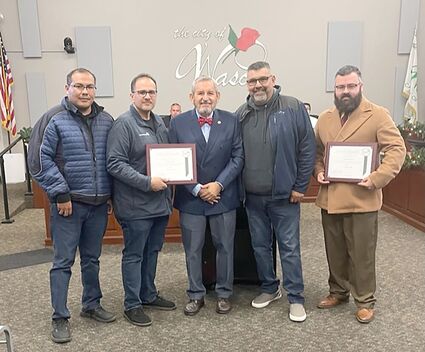 "It is a blessing to see one of our members celebrated and is a good emphasis on the religious leaders in our town given their important role in the spiritual well-being of our community," Parrott said.

He added, "It was an honor to represent him, and I was happy he asked me."

Pastor Cantu said, "I think this is great. As a former mayor myself, we need our spiritual leaders to support the direction of this city."

He continued, "When we have the city government and church leadership come together, you can create a healthy community."

Pastor Cantu also shared that his congregation is hosting a toy giveaway of 500 gifts to boys and girls ages up to 12. It will take place on Dec. 18 at the LifeHouse Church at the corner of 7th and and Birch streets