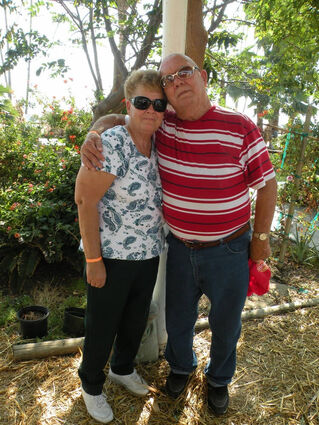 A D Smith and his wife, Lillie Mae.

Smith, surnamed James David Rogers, was adopted and went to live with his new parents, John and Lillie Mae Smith, in Tippah County, Miss., as a small boy. His new parents named him A D Smith.

Smith grew up in Tippah County, where he learned farming and hard work. As a young man, he joined the Army and served his country faithfully and was proud of his veteran status. After his discharge, he and his family lived in California, where he met his wife, Ina Mae Smith.

A D and Ina were married 57 years at her passing in 2018. He never stopped missing his ``pumpkin'' and talked to her in his dreams until his death.

Upon his marriage to Ina Mae, he inherited two children: Ruben Ray Clingan and Mary Diane Givens (Clingan). Through the years he became lovingly known by his new family as ``Pop.'' A D and Ina Mae had one son together, Jesse Carr Smith, who was born in 1961 but only lived four days before his passing on to Heaven.

Through the years A D would see his family grow to five grandchildren, 15 great-grandchildren and one great great granddaughter, Alice Rodriguez, born in 2022. He loved his grandchildren more than anything! He and Ina Mae could always be seen at ball games or at home playing dominoes with any of them that came and visited. The grandkids knew that at Grandpa's house they would get lots of treats and have a blast!

After Ina Mae's passing, A D lived independently at his little ranch house outside of Shafter. He was the garden/mowing/watering king.

At one point he had three garden lawnmower tractors, two sheds full of tools, seeds, weed eaters, shovels, rakes, water hoses and much more. He loved being outside taking care of the flowers and yard. When the work of the day was ended, you would find him on his porch sitting in his chair near the hummingbird feeder watching his favorite hummingbird come to eat, or talking with his neighbors.

In early 2022, A D had to make the hard transition from independence to his new home at Carrington of Shafter. Once there he insisted that they knew nothing about watering plants and taking care of a garden so he was given the job of making sure the plants and garden never lacked for water and tender care. You would find him outside every day taking care of the things he loved and then sitting on his new front porch talking to his new friends or just enjoying the sunshine.

At Carrington, A D gained the love of many, and it was evident in the last days of his life as each would come by even if not working to check on him. He was opinionated and didn't mind telling the girls up front how they should do things. But Alicia, Brittney, Amanda, Teresa and ``that boy'' Shawn never let him get the best of them. They always knew how to get `Grandpa or Dad as they called him fired up, and they would have a good laugh. Many times you would find him with the caretakers playing checkers or just having a chit-chat.

``Pop'' A D's favorite pastime of all was going out to eat. He especially enjoyed going to China Cuisine, where he and his wife spent a lot of time before her passing. telling Scotty about their latest adventure in Lemoore. Scotty, Joy, Stephanie and Jeffrey were their extended family, and to the end they would always send him home with a little extra soup or a little pie. They would say "we want him to eat."

Services were held Nov. 26 and military internment will be Friday, Dec. 2, at 10 a.m. at Bakersfield National Cemetery. Peters Funeral Home, Shafter, was in charge of the service and Pastor Jim Glasco officiated.

We want to say a special thank you to Rick for helping us with all the preparations and Pastor Jim for coming by and visiting ``Pop'' and praying with him. 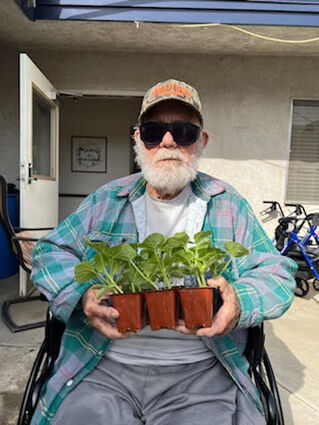 The family would like to thank the managers, caretakers and workers at Carrington of Shafter. Especially Alicia, Brittany, Teresa, Amanda, Desiree, Matilde, Delores, Kimberly, Victoria, Julian and Elsie (lashes). We appreciate the love, friendship and care that you showed our ``Pop.'' And, of course, to Scotty, Joy, Jeffrey and Stephanie, we say thank you for always treating our ``Pop'' like family; we love you! To all who sent cards, flowers, made food and especially prayed, we thank you and say God Bless.

``Pop'' A D will be missed but now he is enjoying Heaven's Garden with his sweetheart and son. Matthew 9:7: "He got up and went home.''