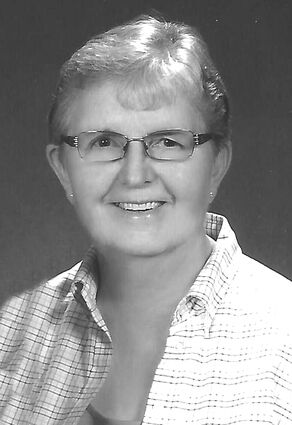 Julie was born in Billings, Mont., on March 15, 1940, the first of five children. She lived in Butte, Mont., most of her early life, except for three years when the family lived in Monterey, while Julie's father served in the Army Dental Corps at Fort Ord.

Julie graduated from Butte High School in 1958. She attended Montana State University, where she met Robert Thullen, and they were married the weekend after Bob's graduation, June 11, 1960, in Butte. The couple lived in Missoula while Bob finished his master's degree. They welcomed their first child, Michael, in 1961, and twin boys, David and Daniel, in 1962. The family then moved to Bottineau, N.D., where Bob worked as an assistant district ranger. It was there that their fourth son, Steven, was born in 1964.

In 1967, the family moved to Shafter, where Bob worked at the U.S. Department of Agriculture's Shafter Cotton Research Station doing research on weeds.

After her children were in school, Julie worked as a teller at the Bank of America branch in Shafter for more than 20 years. After retirement, she worked part-time at the Shafter Library for 13 years and served as treasurer for the Friends of the Shafter Library. She and Bob made frequent trips to see family in Washington and Montana.

Julie was preceded in death by her husband, Bob; her parents, Murray J. and Edna O'Brien; her brother, Jay O'Brien, and Jay's wife, Sue; her brother, Jim O'Brien; and her sister, Jeri Rakich.

A funeral Mass will be celebrated at 10 a.m. on Wednesday, Nov. 16, 2022, at St. Elizabeth Ann Seton Catholic Church, 12300 Reina Rd., Bakersfield. Committal will take place at a later date.

In lieu of flowers, donations in Julie's memory can be made to the Houchin Community Blood Bank in Bakersfield.

Services are under the care of Peters Funeral Home in Shafter.