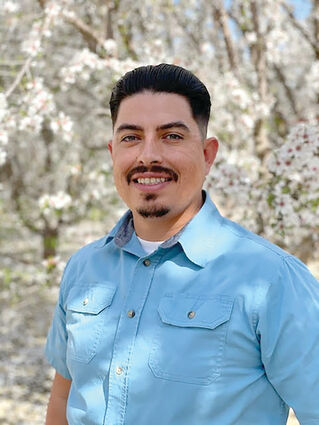 It was a tight race for candidates in local elections. As votes continue to be tallied Wednesday night, Valentin Medina appeared to win out against incumbent Mayor Pro Tem John P. Pallares for a seat on the Wasco City Council in District 3.

Medina said he feels good about winning because he will give back to the community.

"What I look forward to most is being able to engage with the community of Wasco and be a leader representing the people."

He added, "I appreciate the support of all of those that voted for me. I am excited for what's to come in the future."

Medina said he is grateful.

"I am blessed that they put their trust in me to be an effective leader and voice for the residents in Wasco."

In the partial count, other races seemed to have been decided.

For City Council District 4, Eduardo Saldana was selected and won by a large margin. He beat out Myron E. Williams, II and incumbent Michael Lynch.

For the Wasco Union Elementary School Board, there were three spots open, with Ernie Sanchez, Cherylee Wegman and Richard K. Reding elected to serve, beating out Anna J. Poggi.