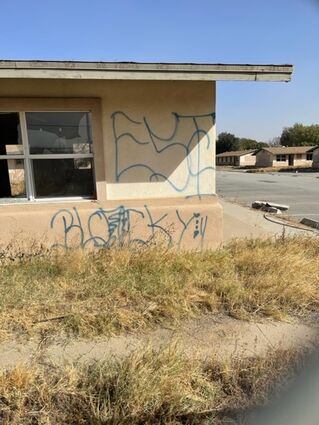 Wasco has seen a series of violent gang-related shootings that have taken place this month. Citizens are concerned about their safety.

The latest occurred on Oct. 24th when deputies responded to the 1200 block of Iris Street for a victim of a shooting where they located an adult male suffering from multiple gunshot wounds.

"This month's incidents of gang-related violence have spread fear within our community. The City of Wasco, the Kern County Sheriff's Department, the City Council, and I, as mayor of Wasco, want to reassure you that the safety of all Wasco residents is our top priority," Mayor Gilberto Reyna responded.

"We understand our resident's concerns, and the work of maintaining security for our community continues uninterrupted day and night. Authorities still have not confirmed any credible threat to private citizens or a particular facility or event."

Reyna encouraged all residents to remain vigilant while continuing with their regular activities.

"The City of Wasco, the Kern County Sheriff's Department and I will inform our residents if other specific safeguards are recommended in the future."

There is one confirmed gang in Wasco, the Varrio Wasco Rifas. Their turf is mainly spread around the western area of Wasco. Alleged members have been prosecuted for serious crimes, including assaults with great bodily injury, homicide, vehicle thefts, narcotics sales and witness intimidation.

The District Attorney's Office has a specialized unit of attorneys that handle cases that involve – or allegedly involve – gangs.

Assistant District Attorney Joseph A. Kinzel said, "The prosecution of gang cases is a nuanced process that is constantly changing, including by recent legislation that substantially changed the requirements for successful gang prosecutions."

"The DA's office is aware of gang activity and violent crime affecting the Wasco area and has prosecuted major gang cases out of Wasco."

Kinzel said that, like other areas of Northern Kern County, Wasco is positioned in an area that is traditionally recognized as a border between "sureno" and "norteno" affiliated street gangs. This can cause gang rivalry and tension with street gangs from nearby cities.

Rocio Mosqueda is one of many residents alarmed by the recent violent crime in Wasco.

Mosqueda has lived in Wasco for 44 years and was raised here.

"I don't feel safe allowing my child to walk to school. That is troublesome for me – and scary."

"We live in a time where taking my kids to the park or wearing a certain color in town is dangerous."

She feels it is a serious problem and is frustrated that the city responded late to the rumors on social media of the gang violence activity going on in town and the shootings.

"Essentially, we are at that point where we want something done," she said. "We need better timely communication from our city leaders, and we need to hear their plan to ensure our safety concerns are being addressed and will continue to be addressed."

As a long-time resident, she said, "You kind of always knew the area where gang activity happened. Citizens knew the bad areas, where now we don't know what part of town is safe."

"I love my little town, but it's gotten to where I am asking are we really safe or is it time to look for another community," she added.

Mosqueda would advocate for a tax to increaseto pay for additional public safety.

"If that was what was needed, I want my kids safe, and I want to be safe. I'm willing to pay for that safety as a resident."

She pointed specifically to Wasco having a police department. (The city is currently served by the Sheriff's Department, under contract with the city.)

"I was happy to see that the city manager is moving forward with the proposal of getting our police department established."

"I appreciate that the Kern County Sheriff's Department is showing their support and willingness to cooperate with the city's plan," she said.

With the increase in gang violence, schools have been on high alert. In particular, Wasco Union High School District Acting Superintendent Kevin Tallon released a statement regarding this threat on campus.

"The safety of the WUHSD students and staff is our top priority on a daily basis. The WUHSD staff, led by the district safety officer (DSO), are not aware of any significant increase in gang activity on district campuses, and there have been no specific gang issues this school year."

"The DSO is trained and knowledgeable about gang affiliations and behavior and works hard, along with administrators and other staff, to keep gang activity out of our schools." 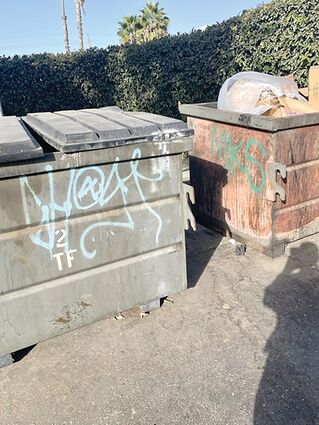 He added that the district would continue to work with the Sheriff's Department and other law enforcement partners to determine if additional safety measures should be taken in the future.

"To avoid unnecessary fear, we must deal only with facts and refrain from spreading unverified information. All regional and local law enforcement authorities continue their investigations to bring the violent perpetrators to justice," said Mayor Reyna.

He encouraged the public to help in controlling crime in the city.

"You can help with this effort by reporting any relevant information or suspicious and criminal activity to the Kern County Sheriff's Office at 661-758-7266. For any emergency, dial 911."