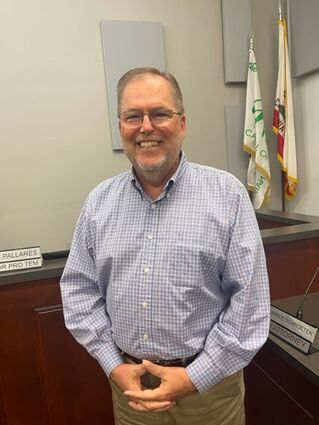 At the City Council meeting on Tuesday, a resolution was unanimously passed to approve police department start-up positions and pay ranges.

According to a staff report, the council and staff are moving forward with research, planning and actions leading to establishing a Wasco Police Department. Currently, the city outsources law enforcement to the Kern County Sheriff's Department.

Based on the staff report, the steps proposed include:

1) Establish a start-up team including a chief of police. It was stated that this is a critical first step in the process. Once in place, the chief and city manager will hire a police lieutenant and a police department records administration position. The estimated time for this step is two to three months.

2) The start-up team will research, draft and present for council approval a number of new police department staff, proposed department policies, and additions and modifications to the Wasco municipal code. The team also will secure all needed federal, state and regional approvals for the establishment of the department.

The team will develop and present an operating budget, capital budget and anticipated funding sources to the council. The estimated time for this step is two to three months.

3) With an approved budget, a finalized timeline will be developed to transition from the Kern County Sheriff's Office contract police services to the Wasco Police Department. During this time, subject to recruitment and procurement results, a detailed transition plan will be developed in cooperation with KCSO. The estimated duration is six to 12 months.

4) Upon completing all transition plan requirements, the Wasco Police Department will go live and assume law enforcement duties for the city.

The finance director recommends the creation of a new police division within the general fund for this appropriation. Start-up operations through June 30, 2023, are estimated at almost $600,000.

Mayor Reyna praised Hurlbert, "Thank you for moving swiftly in doing your own research in getting us to this point. This is a big step in the right direction."

Also, at the meeting, a resolution was passed to accept the latest rate analysis related to the future water and sewer rate schedules proposal and to authorize staff to mail and print notices for a Proposition 218 hearing on Dec. 20.

The City of Wasco contracted Lechowicz & Tseng Municipal Consultants to complete a comprehensive utility rate study for the water and sewer enterprises.

The objective was to recommend utility rates that ensure the continued financial health and stability of the city's water and wastewater enterprise funds while mitigating the impact of any proposed rates on customers.

Further, it was recommended that the water and sewer enterprises implement minor, inflationary revenue increases each year to keep up with continuing cost increases and future regulatory burdens.

In addition, it was recommended that the city revise its utility rate structures to more equitably recover costs and to conform with state water conservation guidelines.

The proposed notice to property owners and customers of record will explain why the rate adjustments are needed, primarily because the City has not adjusted its water and sewer rates in many years.

The city will hold a public hearing on Dec. 20 at 6 p.m. to determine if there is a majority protest. If so, the City will not have the authority to implement the proposed rate schedule. At that point, a separate meeting will be scheduled to validate the submitted protests and determine a final count.

The new rate schedule, if implemented, would see a single-family residential fee decrease in water allotment with an associated reduction in the minimum monthly service fee, except for the first month of January 2023 to July 2023.

Currently, a single-family residential fee has a monthly base volume allotment of 25 cubic feet, with a minimum monthly service fee of $28.60.

One cubic foot is equivalent to 748 gallons.

In January 2023, the base allotment would be decreased to 21 cubic feet, slightly increasing the fee to $29.38. The one-time increase to the base rate covers anticipated costs related to implementing State Groundwater Management Act plans.

Different water fees and allotments for commercial, schools and other water users align with the trends above. Similarly, this applies to the monthly sewer rates.

Mayor Reyna said, "The council would prefer not to raise rates, but it is important that each enterprise fund be self-sufficient and recover the cost of operations. The state mandated that we reduce water consumption and have no choice but to do it."

Members of the various organizations involved in the success of the Wasco Rose Festival.

City Manager Hurlbert noted, "While complying with state-mandated reduction targets, the proposed water rate structure does give each customer more control over their water bill. Those that choose to conserve aggressively can actually reduce their overall bill."

At the meeting, the various organizations that supported and helped to make the Wasco Rose Festival a success were recognized.

Juan Gallardo of the Rose Festival Committee said, "I struggle with the recognition because we don't do it for that purpose. We understand it's a small town, and it's not just our group. The community came together to put this on."

He continued, "We appreciate all the people who got involved and the people that donated to help."