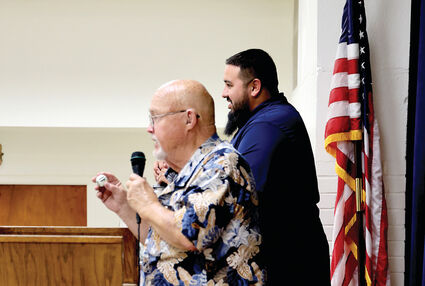 Arlie Smith calls out the numbers.

After a two-year hiatus because of the Covid-19 pandemic, the Shafter Reverse Drawing returned. This year, it was put on by the Shafter Kiwanis Club. Arlie Smith played host and emcee, calling out the numbers for the event at the Veterans Hall. 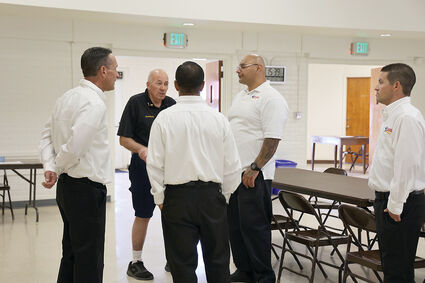 The night included a tri-tip dinner provided by Martin's Meats. The main event of the night was the chance to get $5,000 richer. All of the entrants had a number with their entry. All of the numbers began on the board, hoping theirs would be the last one remaining at the end of the night.

Serving at the dinner were members of the local Teen Challenge organization. This is one of the main fundraisers for the group, with the proceeds going to their many charitable projects throughout the city, especially the youth in Shafter.

As the numbers were called, the board got smaller, and the tension built. Toward the end of the evening, the event came down to the final four numbers remaining. Those four entrants decided to play it safe and split the prize. Each entrant received $1,250. The winners of the event were Kenny and Jessica Moore, Jessica Smith, Lynne Knapp and Russell and Tammy Shipley.