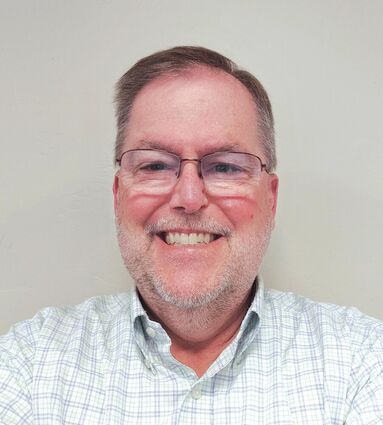 At the council meeting, the final map for Phases 2 and 3 of Tract 7373 were approved. The approval of these phases is a routine process of subdivision development, City Manager Scott Hurlbert explained.

The developer, Michael Hair, will choose the most efficient and economical phase to build.

"These additional phases will provide much-needed housing for the growing community of Wasco," said Hurlbert.

Public Works Director Luis Villa said the development started last year, and hopefully, by early next year, residents will be moving into the completed single-family houses.

"These homes will be affordable and within the market," said Villa.

Also at the meeting, Joshua Cooley, a Wonderful Ag Prep student from Wasco High School, gave an informational presentation about an upcoming food drive he and his team are planning in time for the holidays.

"The goal is to get as many clubs and organizations involved as possible to make a big impact in the community," Joshua said.

He hopes to create a distribution center at one of the Wasco parks to either bag or box canned goods and hand them out to those that would benefit from this effort. It will be open to anybody that wants or needs the food.

Cooley plans to speak next at city school board meetings to garner as much assistance as possible.

"Ultimately, it's more than just a food drive; it is about training the next generation of leaders," said Cooley.

Mayor Gilberto Reyna stated, "You can count on mine and the council's support."

"There is a need out there and a need for people like you," said Mayor Pro Tem John P. Pallares.

Eight-year-old Javier Abraham Gonzalez led the flag salute, and Reyna awarded him with a city pin.

"This is something he has been waiting for for over a year," said his father, Sergio Gonzalez, the city's code compliance officer.

Community member Sharon Sharp spoke on behalf of the Wasco Rose Festival committee and the Orange Heart Foundation, thanking the council for their contributions to the annual festival.

She said, "We appreciate the financial support as well as your participation in so many festival events, including the parade, the festival at Barker Park and the Wine and Roses reception."

"It really meant a lot to have so much city collaboration. It helped to make all of the events a success."

Another festival committee member, Traci Mills-Clendenen, also spoke, and she thanked Public Works Director Villa and his team for all of the help with road closures and barricades.

"None of that could have happened without his approval," Sharp said.

Mayor Reyna commended both Sharp and Mills-Clendenen. "All of you did a wonderful job," he said.

Sharp also announced the date for the annual Christmas event, Dec. 3. "Last year, we moved the event to Saturday, adding so much more community involvement by doing it on the weekend instead of on a Monday."

Sharp added, "This made it where more families could come and enjoy without it being on a school night."

She hopes for an even more successful celebration.