Big Stop gets approval for expansion 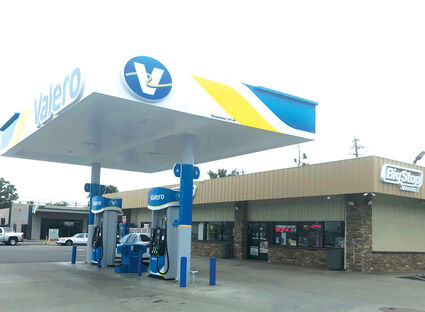 The front of the store will be used for parking with the gas pumps to be located on the other side of the building.

Big Stop Market in Shafter has received approval from the Shafter Planning Commission to go ahead with expansion plans on their Shafter Avenue property..

They submitted plans to the Planning Commission that would require a zoning change in land that they had acquired behind their building from a residential zone to commercial. With this hurdle taken care of, they will be demolishing the structures there now to prepare them for their expansion, according to store manager LoveDeep Joshan.

The plans include moving gas pumps from their current location facing Shafter Avenue to the other side of the building, facing Lerdo Highway. "This will make room for more parking in the front of the store, and will make it easier for customers to get in and out of the property," said Joshan.

Big Stop, located at the intersection of Lerdo Highway and Shafter Avenue, has been open for over 20 years, selling gasoline, convenience store items and, most recently, prepared food and deli items. Gary Joshan, LoveDeep's father, opened the store in 1997, and the family appreciates Shafter for its residents and its community feel. "We love the people and being in a small town. It has been great serving Shafter, and we hope to continue to serve this city for years to come," Gary Joshan said last week.

The store has been very popular for its deli, as well as the variety of items in their inventory, including staples such as low-priced milk, bread, grocery items, health and beauty aids and liquor. The store had been rebranded, refreshing the store under the Valero label, which allows them to grow. "It gave the place a new look, but also let us be competitive with other stores when it comes to gasoline pricing," Joshan said.

The result is a look that makes the store more appealing from the outside, while keeping the same selection of product inside.

Joshan said that they also plan to add a couple of new businesses to the site as well, but they are still in talks with several retailers.

Groundbreaking will begin on the site soon, Joshan said.