Woman's Club back after summer break 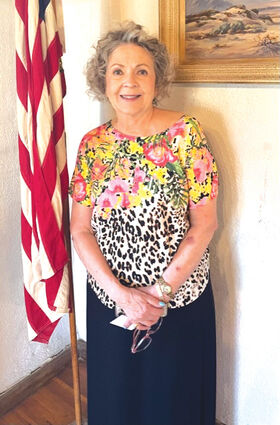 President Jill Drescher is also the treasurer for the California Federation of Women's Club.

President Jill Drescher presided and shared she is excited to get back on track with plans for the Clubhouse renovations and continuing with some of their successful projects.

"I am also looking forward to being able to host our candidate forum on October 13th and 20th."

The Club has a rich history and was organized in 1923. Next year the Club will celebrate its 100th anniversary. Since the Club's inception, it has played an important role in Wasco.

There are many activities they carry out to benefit the community. The Club does food baskets for needy families during Christmas time, supports the local high school, coordinates a special prom for disabled youth and helps with Toys for Tigers, to name a few.

At the meeting, one of the special guests that attended was Miss Wasco Rose Queen candidate Noelia Valera, whom the Club sponsored. She was recognized for receiving the Ms. Congeniality award.

"Thank you for supporting me as well as encouraging me and helping me get through the pageant,"

She said the best part about the Club ladies was knowing they were rooting for her and believed in her.

"The pageant was a wonderful experience and something that was made possible by the Club. I couldn't have done it without them," she added.

"I know I will always be able to count on them in my future as I set out to accomplish my goals in high school and beyond."

HOBY is an organization dedicated to training and nurturing the young leaders of tomorrow through seminars they host. The Woman's Club sponsored Vasquez to participate in the program.

"While at the seminar, you get exposed to the leadership cycle, which is to learn, act, reflect and innovate," said Vasquez.

She said she is grateful for the Club.

"I thank them for sponsoring my trip to HOBY. It was their generous donation that made this unique experience possible. It also opened up many new opportunities for me."

Vasquez said she hopes to one day be a member of the Woman's Club. 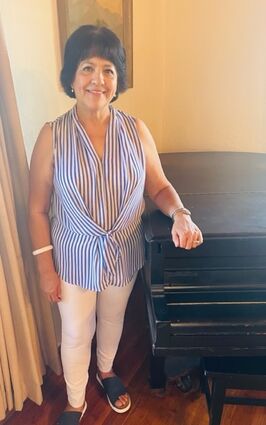 Steven Kemp, a field representative for Congressman David G. Valadao, came to the meeting to provide updates on some initiatives that are currently underway, including introducing legislation to address the police shortage.

He also shared about an agriculture roundtable the Congressman hosted to discuss with local leaders how ongoing drought conditions, labor shortages and supply chain disruptions are impacting the Central Valley agriculture sector.

It was an enlightening presentation, and the ladies enjoyed learning more about what our leadership is doing to make the community a better place. It is also an example of how the Club brings valuable information to its members.

Meetings are held every second Tuesday of the month.

Those interested in joining the Club and working to empower the residents of Wasco can call Sukie Martinez at (661) 978-2712.