Getting to know this year's Rose Queen hopefuls 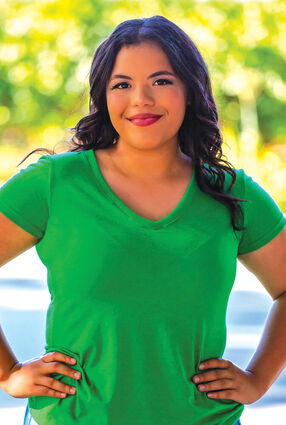 The contestants for this year's Miss Wasco Rose Queen title will be profiled over the next few weeks.

Every year the Miss Wasco Rose Queen Pageant brings out a group of remarkable and talented young ladies vying for the title. Three, in particular, are Noelia Valera, Grace Derington and Ensley Mehlberg.

These girls attend Wasco High School and bring their exciting and diverse backgrounds to the pageant by excelling in sports, school, community service and other extracurricular activities.

"I've been playing soccer for about six years, and I've always had a passion for it."

Her sponsor is the Wasco Woman's Club. Her parents are Ricardo Valera and Norma Osorio, and her escort is Drew Lugo.

She said she loves the Wasco community.

"It's where I grew up and went to school, and I would also love for my future family to grow here," said Valera. "Aside from all the diversity, there is love and unity. We get to come together during our festivals, parades and celebrations, and it's an amazing time for everyone."

She lives by the philosophy of 'what doesn't kill you makes you stronger.'

"I have faced many hardships in the past few years, and this phrase is something I kept in mind all the time," said Valera. "I've proved to myself and others that no matter how hard life gets, you should always get up, use the rough patches as armor, and become stronger than before."

Valera is looking forward to the pageant.

"I'm really excited about the pageant because it'll be such an incredible feeling to see the whole thing put together, and living through that once-in-a-lifetime opportunity will just be so magical and so much fun."

Grace Derington is another shining example of the well-qualified and enthusiastic contestants.

MV Autoworks is her sponsor. Her parents are Bobby and Donna Derington, and her escort is Andrew Davila.

Her grades are remarkable, with a 3.5 plus GPA, despite working as an assistant manager for Domino's Pizza, where she puts in 25-30 hours weekly, all while juggling cheerleading three days a week, ASB and pageant practice.

She is resilient and determined, not letting anything stand in the way of her dreams.

"I was diagnosed with a heart problem. I found out I had an inflated aorta that is not fixable. This affected me physically and made it hard to continue with softball," said Derington.

She said that although she went through a lot, she is proud to have overcome and learned so much about herself and others.

"I am grateful for every day I have, especially moments like this."

Derington is positive and has a great outlook on life. She strives to make others happy and give others things she could never have.

"Giving to others not only makes me feel good as a person but knowing I can give back to others makes me look forward to many things," said Derington. "I try to live every day like it's the last."

She said she would be a good representative as Miss Wasco Rose Queen because she knows how to respect, care for others, be dedicated and have integrity.

"My goal in life is to keep thriving and enjoy all these things so that I will always have a memory book to look back on," said Derington.

Ensley Mehlberg also comes prepared for the role of Rose Queen with her hard work ethic and passion for music.

She hopes to attend the University of California Los Angeles with plans to major in music so that she can teach performing arts one day.

"My love for music has inspired me to choose this career. I would love to come back to Wasco High School and give back to the school by teaching students in the music department," said Mehlberg.

Her scholastic achievements are excellent, having been repeatedly recognized on the honor roll as a top student and member of the California Scholarship Federation.

Some of her sports played, and athletic awards include varsity cheer, varsity softball, cheer captain award, 'Pin it Forward' award for cheer and softball captain award.

She has been active in many clubs and activities as a leader at WHS, including freshman class president, ASB vice-president, cheer club vice-president and as the 2022-2023 elected ASB president.

"Being able to balance my schoolwork, leadership positions and extracurricular activities makes me confident enough to say that I would be a successful representative for the City of Wasco as Rose Queen," said Mehlberg.

Saldaña Welding and Fabrication is her sponsor. Her parents are Jeff and Debbie Mehlberg and her escort is Johnny Saldaña.

She is excited about the pageant because it is something she has looked forward to her entire life.

If winning the title of Rose Queen, she will strive always to be a good role model for the younger girls and boys in the community.

"I know when I was a little girl, I always looked up to the Queen," said Mehlberg. 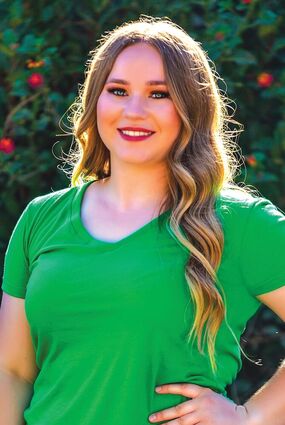 She has enjoyed getting to know all the other contestants and putting in long hours to put on a great show.

"I cannot wait to be up on the stage with my fellow contestants on pageant night performing in front of our community," said Mehlberg.

The pageant will take place on Thursday, September 8th, at the Wasco High School Auditorium at 6 pm. Tickets will go on sale on August 27th from 10:30 am to 12 pm at WHS auditorium.

Other ticket sale dates are pending and will be announced on the official Rose Queen Instagram. You may also reach out to any contestant for tickets. The price is $18 for downstairs seating, $50 for VIP upstairs and $20 at the door the night of the pageant if they are not sold out.