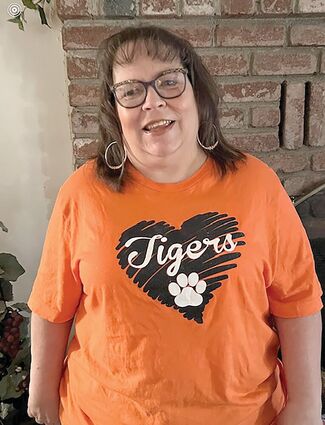 Wasco IS is a social media platform on Facebook and Instagram set up and run by community member and advocate Sharon Sharp. Combined, they have almost 8,000 followers after five years.

"I just wanted a place to share positive news and all the good things about Wasco," said founder Sharon Sharp.

Her audience is people that live in Wasco and those former Wasconians that like to stay in touch.

Sharp will sometimes generate original content but mainly relies on contributions sent to her.

When she feels inspired, she will write articles like a profile on the Wasco High School girl's golf team.

"I thought what they were doing was so special and what a great story it would be."

She publishes information from schools, churches, clubs, individuals and groups. Often the platform is used to promote events. She gets many of her leads from following other Facebook and Instagram pages and sharing their posts.

One of her most popular posts was a live feed of a vigil light memorial for Lon Mam, a local business owner who passed away unexpectedly in a car accident.

Sharp came up with the name for the platforms after much thought and brainstorming. "I decided to go with 'Wasco IS' because it's about what Wasco is," she said.

"I feel like God just whispered it to me. Instead of a grandiose name, it was so simple and perfect."

Sharp has worked as a writer in the past, and she understands that most other media platforms publish good and bad news. Still, she wanted her pages' exclusive focus to be uplifting and empowering for the community. 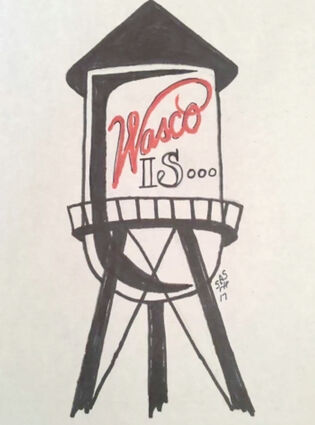 The original logo for Wasco IS, created by artist Shirrel Sanford.

"In this day and age, so much information comes at us. A lot of times, it is negative news. If you go to Wasco IS, you will find good things happening in the community, an event to go to, a fundraiser you want to participate in or someone that did something you can celebrate."

She said it is nice to have that positive space.

"You walk away feeling better and will be kinder because you have positivity poured into you."

Sharp is grateful for the support of the community. "Thank you to Wasco for being so supportive of Wasco IS and to the people that follow, like or share. I am happy an audience finds it encouraging and informative."