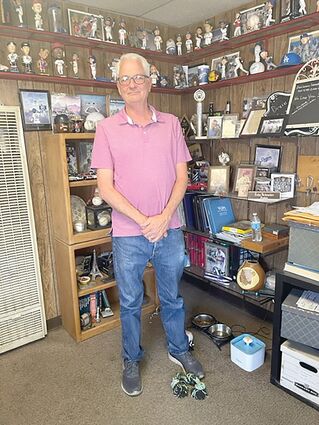 Eric Schroeder said he is a "people person" and enjoys working with the community.

Wasco Glass will celebrate 47 years in business next month. Since its inception, Wasco Glass has served the community with much love and dedication.

Owner Eric Schroeder manages the business by himself, running the day-to-day operations and handling all of his many accounts. It is a family-owned business launched by his father in 1975, when Schroeder was a sophomore at Wasco High School.

"We were a gas station and glass shop for 18 years," said Schroeder.

In 1993, they decided to run the business exclusively as a glass company.

The Schroeder family has a long history in Wasco dating back to the early 1900s. His father is one of 10 children, all born in Wasco. His mother was an administrator, librarian and English teacher at Wasco High School for 31 years.

Schroeder said he loves Wasco and enjoys having the business here. He lives four blocks from the shop.

"I like the small town feel and the people. Wasco has been good to the Schroeder family and the glass shop."

Schroeder has an eclectic background, having graduated from Cal State Bakersfield in 1984 with a major in communications and a minor in English. After graduating, he worked for the Wasco News.

"I wrote sports articles. In 1985, I went to Wimbleton and had a three-page article with photos from the trip."

He also worked for channels 29, 23 and 17, where he spent seven years in that field.

There were opportunities for him to continue his television career in a larger market, but that would have required him to move his wife and three children away from Kern County.

"I had a chance to get involved in the family business and decided to stay here. It was a 180% degree change." He said he couldn't have been happier with the move.

Since then, he has built a popular and profitable business working with residential, commercial and auto glass.

He provides many services, handling just about everything glass related.

It is the only glass shop in the Wasco area, and some of his biggest clients are from the farm industry, including accounts with Wonderful Orchards and South Valley Farms.

His busiest time is during harvest season in August, September and October.

"Windows break when the farm equipment goes through the fields. Branches swing back and break the glass."

Customer service is very important to him. 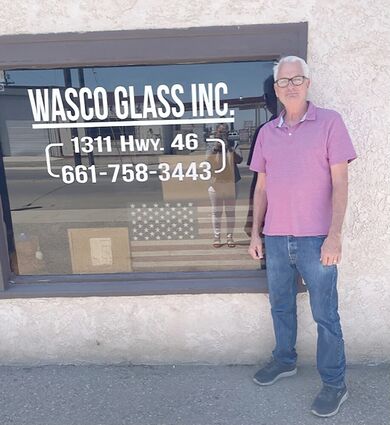 Eric Schroeder is proud to follow in his father's footsteps by taking over the family business.

"I bend over backwards for my customers working after hours and on weekends. We've been here for almost 47 years. That says something about my business."

He says his prices are very competitive.

"I did a job in Shafter for a farm company replacing a dual pane window and charged them $295. They called a company in Bakersfield that would have charged them $795 for the same window," Schroeder said.

Schroeder plans to retire in three years, along with his wife, where he will spend his time traveling with her. When he leaves, he hopes it will continue to be a glass business because Wasco needs it.