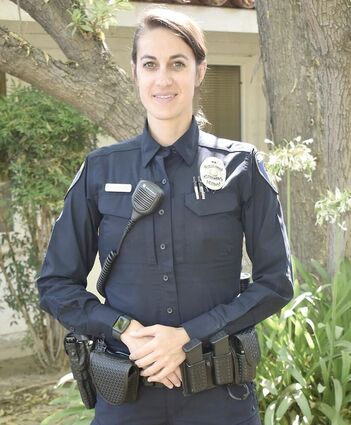 Officer Mallory Serjeant has over 10 years of law enforcement experience.

The Shafter Police Department welcomed a new addition recently, with the swearing-in of Officer Mallory Serjeant. 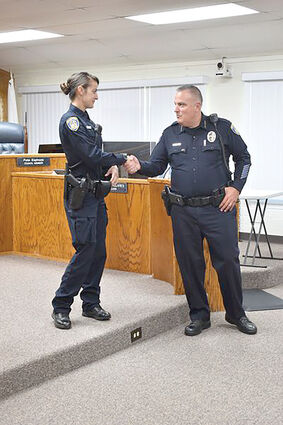 Serjeant has over 10 years experience in law enforcement, starting her career as a detentions deputy with the Kern County Sheriff's Department.

Officer Serjeant was officially welcomed by the City Council at a recent meeting. She was thanked by council members, as well as Police Chief Kevin Zimmerman.

Serjeant was hired on July 11. She rose in rank to a detentions sergeant for the county.

Officer Serjeant has lived in Bakersfield for a majority of her life, and attended Ridgeview High School, where she played softball.

Serjeant said she is looking forward to serving the city of Shafter for many years to come.