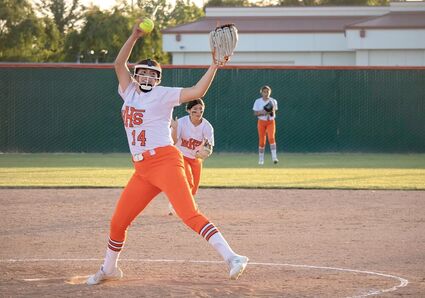 The Wasco High School varsity softball team was recognized as part of The Bakersfield Californian's 2022 BVarsity All-Area Softball Team. Sonia Wedel was named coach of the year, while freshman Cedes Saldana was selected as the pitcher of the year.

"For a small team to achieve these awards from among all of the teams in the county, it is a great achievement," said Coach Wedel. "Usually, they go to bigger schools."

Wedel has played the sport her whole life.

"I was raised playing and have always been passionate about the game. It's my favorite," said Wedel.

She has been coaching for 22 years at Wasco High, nine seasons as head coach.

The best part of coaching for her is having the new girls come through the program and see their growth from where they start to where they finish.

"I enjoy watching the ones that go on to the next level and following their college careers," said Wedel.

Receiving the award was an honor for her, but she said it was a team effort.

"I don't want to take all the credit. We have a wonderful assistant coaching staff of four, and everybody plays a role in helping our team succeed. We also have the support of our fans."

Cedes Saldana was chosen as the pitcher of the year.

"I think the work she has done speaks for itself," said Wedel. "She will be highlighted for the next several years."

The team had an outstanding season and finished with 28 wins and only four losses. They won the South Sequoia League championship and made it to the Central Section Division III title game.

"We had a talented and skilled team that was able to take us as far as we went."

The players put in many hours a week of training.

During the season, they practice two to three days a week for two hours and play two days a week.

"That shows their dedication through their attendance and work ethic," Wedel said .

They also have to maintain their grades. "I remind them that they are student-athletes."

Wedel has high hopes for next season. 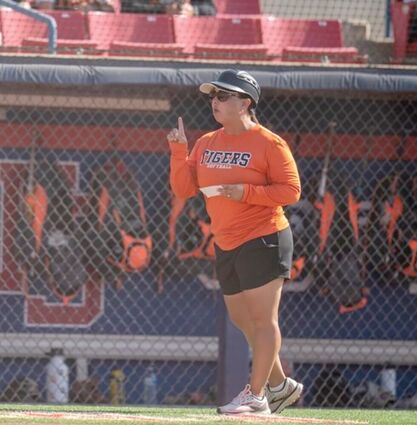 "We want to win another league title and then win a section title from there. That is my primary goal," said Wedel. "We always set goals where we want to build, to climb the mountain and peak at the right time."

She said the expectation is that they will be just as good, if not better, during the upcoming season.

The team begins conditioning in October, with the new season officially starting in January. They play through May.

Their games brought out crowds of fans this past season, and she hopes to have an even bigger attendance this upcoming season.

"We invite the younger girls wanting to play and see what softball is about to come join us to experience that pride that Wasco High School softball has."