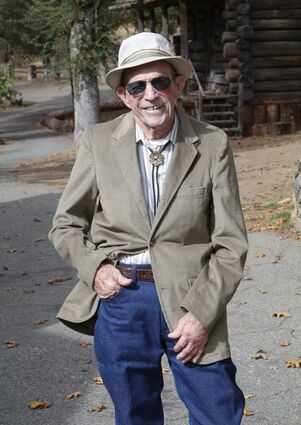 Ray C Cotter, Jr. was born on Tuesday, Jan. 1, 1929, in Viola, Ariz. He was the first child of Ray C Cotter, Sr. and Filey Mable Cotter (Shirley). He died July 21 at Kern River Transitional Care in Bakersfield,. after several years of declining health. He was 93.

Ray was a resident of Wasco since the 1930s, with periods of living elsewhere. He was a graduate of Wasco High and a veteran of the U.S. Coast Guard, having attained the rank of seaman. He married Gracie Ava Lee June 2, 1955, and lived in Kansas for a brief time.

In 1956, Ray returned to Wasco with his bride. He partnered with his dad to run Cotter Trucking. In the '70s, he became a bus mechanic and driver for Wasco Union Elementary School District and Wasco Union High School District. In 1991, Ray and Gracie retired and moved up to Pine Flat. He loved living in the mountains.

In 2004 they moved back to Wasco. Ray enjoyed puttering around in the yard, tending to his roses, holly-hocks, sun flowers and orange tree.

He was preceded in death by his parents, Ray C Cotter, Sr. and Filey Cotter; his wife, Gracie Ava Cotter; his brother-in-law, Paul Evans; and his son-in-law, John Sanford. Ray is survived by his kids, Rose Dulaney and husband Robert; Shirrel Sanford; James Cotter and wife JoAnn; the grands – Jami Helwig and her husband Robert, RJ Dulaney and his wife Jazmynn; and the greats – Hunter Dulney, Walker Helwig and Lilleigh Dulaney. He is also survived by his sister, Shirley Evans, his two nephews and their wives; several great nephews and great nieces; and several great-great nephews and nieces.

The family would like to thank Josie Salazar, Luella Jackson, Dr. Kamin and staff, Around the Clock nurses and therapists, and Kern River Transitional Care staff for helping take care of Ray.

A graveside service for Ray will be held Friday, Aug. 5, at 10 a.m. at Wasco Memorial Park. Miguel Salizar will officiate the service. Visitation will be held Thursday, Aug. 4, from 4 to 8 p.m. at Peters Funeral Home, Wasco.