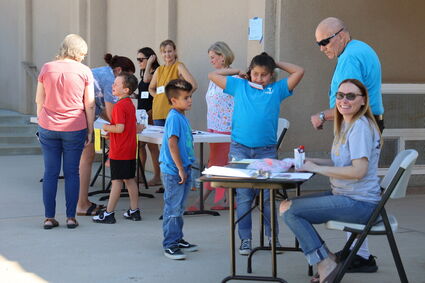 Kids register for their adventure.

The children of Shafter went on a Monumental Adventure last week as they ventured into the deserts and landscapes of creation, helping them form a rock-solid faith. 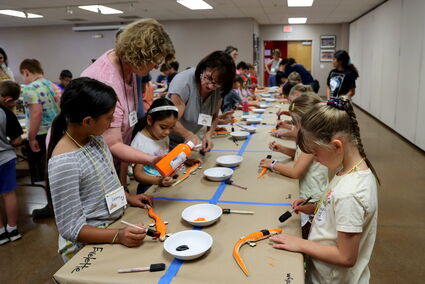 Arts and crafts were a hit at the VBS

A crowd filled the sanctuary as children from kindergarten to sixth grade were led on expeditions that included arts and crafts, games and Bible stories.

The kids would meet every morning for a briefing, getting daily Bible verses and singing a song or two to start their quest.

They were then separated into teams and headed off on their adventures. As a group was learning about God's faithfulness, others were singing about His grace in the Music Station, learning songs and movements to the songs.

There were also snacks for the trekkers, as well as activities to keep the teams engaged.

At the end of the week, a special session was held to show off the things that they had learned throughout the week. There were also special prizes given to those who were outstanding in memorizing Bible verses.