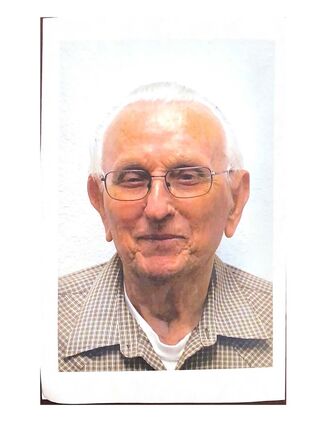 He graduated from Lemoore High School in Lemoore in 1946. He married Norma Jean Waite in December of 1953. He was proud to serve his country in the Air Force in Korea. After his service, he worked at Pacific Telephone, from which he retired.

He was a good father. He was involved in his children's activities and loved all five of his children. He was a Boy Scout troop leader and taught his children to "Be Prepared."

After retirement, he continued to work for various individuals and businesses in the Wasco area installing and repairing phone connections. In Wasco, he was known as "the phone man." He also enjoyed taking his children and grandchildren fishing and watching their sporting

He was plagued later in life with Parkinson's and lived the last months of his life in Carrington of Shafter, where the nurses and staff loved him and took good care of him.

He was preceded in death by his parents and his brothers, Lee Schmidt and Howard Schmidt.

His memorial service with military honors was held on May 5 at Bakersfield National Cemetery, Arvin,

We are grateful for his life, his example and his love, but God's promises.

The family wishes to thank Carrington of Shafter and Hospice for the exceptional care Herb received. In lieu of flowers, donations may be made to Westside Church of Christ in Bakersfield.