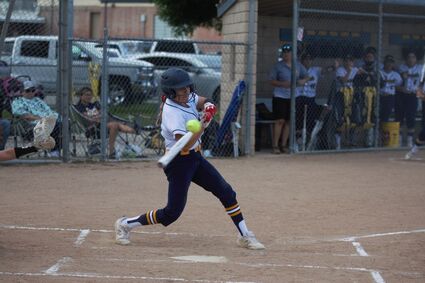 The Shafter High Lady Generals softball team took a shutout win last week as they blanked the McFarland Cougars in two games by a combined score of 34-0. On April 29, Shafter shutout the Cougars, 16-0, following that performance on May 2 with an 18-0 victory.

In Friday's win, freshmen Miranda Asencio and Cassidy Torres combined to pitch a one-hit shutout of the Cougars. On the offensive side, , the Lady Generals had eight players with at least two hits in the game. Leading the way was Serenity Angulo, who went a perfect 4-4 at the plate, with six RBIs.

They also had an outstanding game in the field, committing no errors, while keeping all but three Cougar players off of the bases.

Torres led the way, going a perfect 3-3 at the plate. On the mound, Torres and Ascencio bettered their appearance on Friday, combining for a perfect game against the Cougars. They allowed no Cougar batters to reach first base.