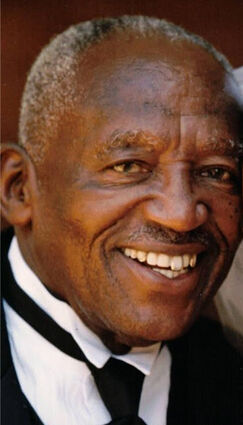 Melvin Rogers was born to Charles and Anna Ruth Rogers on Nov. 6, 1933 in Bakersfield. Melvin passed away at the age of 88, peacefully, on April 5, 2022, in Bakersfield.

He attended elementary, middle and high school in Wasco. He was a star track athlete, running the high hurdles for Wasco High School.

Melvin started his family with his first wife, Earline Johnson, in 1951. In 1961, he married his life-long partner, Aljewel Ellison. He supported his family by working as a truck driver for the Knudsen Co. for over 30 years with his best friend and brother, Willie Rogers.

After a long career, he retired from driving in 1995 to permanently move to daylight hours to spend time with his family. He was known for loading the car early in the morning to find the best fishing spot and teaching anyone that was willing how to fish.

On his days off, Melvin could be found at a canal, lake, river or anywhere that had water and fish that would bite. A frequent traveler, he was no stranger to jumping in a car with his family and traveling throughout California, Mexico, Washington, and his personal favorite, Las Vegas.

A true family man, Melvin grew his family beyond bloodlines; the word "step" was not in his vocabulary, as all members of his extended family were treated and cared for as his own.

He was a man that had the capability to build, tinker or fix anything. He spent countless hours repairing vehicles for his family to avoid the cost of the local mechanic. As a teacher and mentor, he ensured every member of his family learned how to change their own oil.

His love for God turned him into an expert recruiter for assistance during retirement as he repaired, fixed, upgraded and restored every inch of the church he had called home during his life.

He was above all a giving man and would help anyone who needed it.