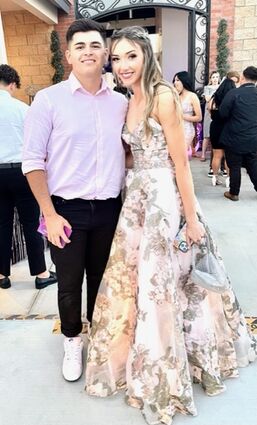 It was their first prom after covid.

"We missed the last two years of prom because of the pandemic. It was nice to return and adapt back to some normalcy," said WHS Activities Coordinator Hailey Coyle.

There was lots of sparkle and color, and students expressed themselves uniquely with their individual styles.

"Everyone looked amazing. It was fun to dress up," said Angelica Ramirez.

"My date and I spent a lot of time into our outfits to match one another," said Jackie Hernandez.

"I decided to wear my bow tie and celebrate our last dance of the year," said Ender's Montano. "Plus, I was also nominated for Last Blast king, and I wanted to look my finest."

The dance floor was alive with activity.

"It was cool to let our hair down and party with my friends. I danced all night," said Damian Alvarado.

"The best part was dancing and spending quality time with my boyfriend," said Betzaida Radillo.

There was a conga line for even the shyest to participate.

"I had so much fun dancing with people I didn't expect to dance. It was a good time for everyone," Roxanne Dominguez.

The music was diverse, with DJ Yannis Mallory playing a combination of musical genres. There were Spanish and English songs, and the crowd showed their best moves on the dance floor.

The decorations were aligned with the electric theme with lots of neon, disco lights, streamers and balloons. Light refreshments, cookies and candy were also a part of the evening.

From their comments, students seemed to enjoy themselves.

"I had a blast, and there was a good vibe throughout the night," said Kassandra Dominguez.

"The energy in the room was incredible. It was my first prom, and I was really hyped about it," said Roberto Rodriguez.

"The prom was a nice break from school and a once-in-a-lifetime experience," said Percayis Harrison.

Memories were made, too.

"I was excited to dance with my friends and take memorable pictures on which I can look back," said Kalani Castillo.

"Tonight was special, and I will always remember this as one of my high school highlights," said Miranda Cortez.

"I wish I could do it all over again," said Zena Gutierrez.

Much effort went into organizing the event.

The Associated Student Body and Student Council began planning in the summer before the school year began. 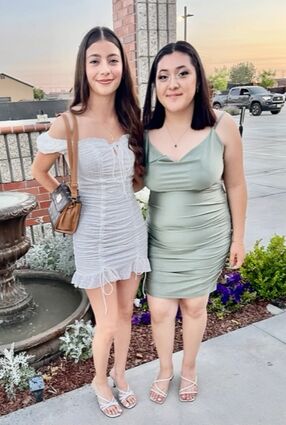 "We spent a lot of time figuring out the decorations, selecting the music and lining up the venue to make sure everyone had a good time," said ASB member Johnny Saldana.

"It was a team effort," said Jasmine Gutierrez, of the ASB. "We worked really hard to get everything right for our classmates."

"It was unexpected, and I appreciate those that voted for me," said Hunter.

"I felt awesome winning. There was a lot of competition, and I was so happy to have the support of my fellow students," said Sharp.