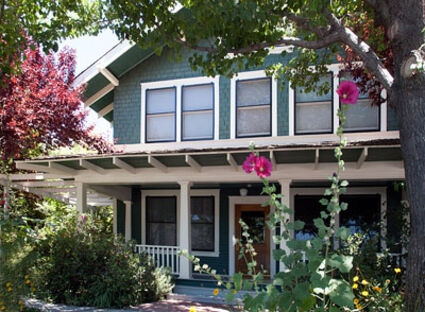 Tours of the Green Hotel will be available on April 30.

The Green Hotel in Shafter will be offering tours on Saturday, April 30, giving residents a chance to see this iconic building inside and out.

The Green Hotel, a registered Historic Landmark, has been available for select events and special festivities, but it has not offered tours in recent years. The building has undergone many restoration projects that have beautified the site, restoring it to its former glory.

The Green Hotel was constructed in 1913 by the Kern County Land Company as housing for prospective property buyers in the new Shafter Townsite.

It was the first building constructed for the Shafter Townsite and is the oldest commercial building in the City of Shafter.

In December 1919, W. Herndon Hitchcock purchased the Green Hotel from the Kern County Land Company. Herndon and his sister Marion operated the hotel until his death in 1951, when the property became Marion's. In 1982, the hotel, with its many period furnishings and decorative pieces, was deeded to the Shafter Historical Society. In May of 1986, the Green Hotel Restoration Committee was formed.

At the onset of the restoration, this volunteer committee was solely responsible for generating funds and developing and directing the restoration of the hotel and its grounds. A volunteer force, which became known as the Green Hotel Cooks, continues to support the maintenance of the landmark with their contributions of time, creativity and resources.

The project began with a substantial grant from the State of California Office of Historic Preservation, Department of Parks and Recreation. Other significant grants came from the Ben H. and Gladys Arkelian Foundation, the Harry and Ethel West Foundation, the City of Shafter and the Bakersfield Californian Foundation.

They also have a long list of generous donors and have had the invaluable assistance of Teen Challenge and the local community organizations. The City of Shafter designated the Green Hotel and grounds as an historic site. The hotel is a Kern County Point of Interest and is listed on the National Register of Historic Places.

The city has completed a downtown redevelopment using the landmark as its focal point. The Green Hotel is the geographic and architectural hub of downtown Shafter.

There have been challenges the past few months, as the landmark has been the victim of vandalism, with windows being broken, and some furnishings damaged. In one case, a man was found outside the hotel, leaving after having broken into the building and spending the night there.

The hotel was repaired and is ready for residents to get a peek of the rich history of Shafter. The tours will be held on the 30th from 12 to 3 p.m.