By Veronica Jacuinde
Wasco Tribune and The Shafter Press 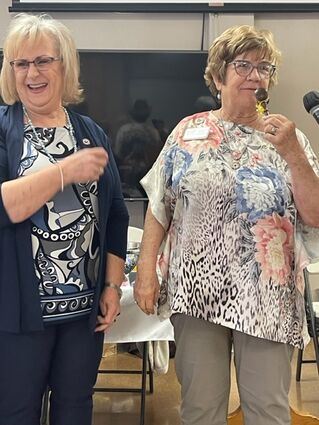 "Today, we are passing the torch to our new district president, Cheryl Woody," said Jill Drescher, incoming Wasco Woman's Club president. "Today, we celebrate her and introduce the new board members."

Woody is excited about her role and looking forward to working with the newly installed officers as she steps out of her position as the Wasco Woman's Club president.

"I appreciate all of the support I have received from all of our clubs in our area," said Woody.

Outgoing San Joaquin Valley District President Shelley Cooper encouraged Woody and said, "It has been an exciting experience for me as it will be for you."

Marlene Swan, former president of the Wasco Woman's Club, said, "Today is a big deal because it brings the district together to share their projects and provides an opportunity to learn about each other."

"The event was fun, and I am happy for our leadership that will bring their extensive years of service to the district."

It was a special occasion for those that attended. Guests made new friends and heard stories from the other clubs.

Mary Crowe, of the Shafter Woman's Club, said, "It was a special gathering of ladies who have been my mentors, friends and advisors."

Clubs shared their innovative projects and gave fresh ideas for the other members to think about in the upcoming year.

"We heard club reports and learned of their successes. It was the result of two years of achievements," Diane Waterhouse, of the Wasco and Shafter Woman's Clubs, said.

Woody said, "The club is philanthropic, but it is also a social club."

"The best thing about our clubs is the fellowship," said Angie Nelson, Shafter Woman's Club president.

There was live music, and a component of the event was an art show that featured the work of local students and club members. First-place winners will now compete at the state convention in May.

"We had a lot of beautiful entries. They were imaginative and inspirational," said Nelson.

There are 12 clubs in the district of San Joaquin Valley, encompassing the areas of Fresno to Bakersfield, working actively to build a stronger community.

The clubs raise money to empower youth and schools, providing scholarships to students. They raise awareness around many issues, including domestic and sexual violence, child abuse and homelessness. They also advocate on behalf of veterans.

Some of the clubs were established over 100 years ago and are part of one of the world's largest woman's service organizations.

Many are long-time members, such as Janet Grundt of the Wasco club, who was appointed parliamentarian. 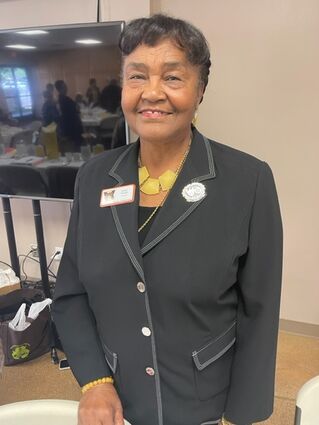 "I am a 50-year member of the Woman's Club Federation," said Grundt. "I am nervous about my new role, but I am pleased that I was asked and will do the best I can."

The event ended on an uplifting note.

Installing officer Patsy Wilson said, "Congratulations and my sincerest best wishes for a happy and healthy administration. I am confident you will all do well."

The Wasco & Shafter Woman's Clubs invite anyone to join.

"We encourage people to become involved and make a difference in their communities," said Drescher.